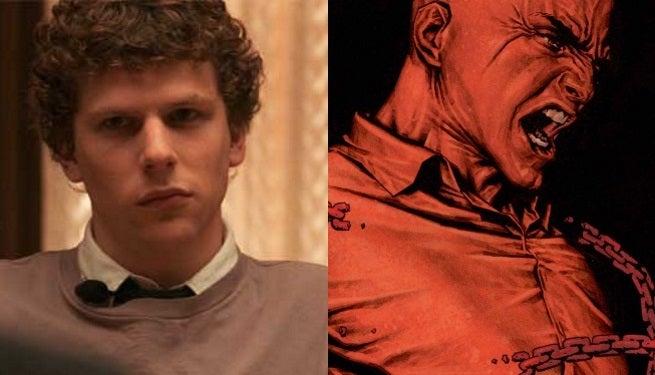 The first set photo of Jesse Eisenberg from Batman V Superman: Dawn of Justice have leaked online, with the actor hiding his head to prevent spies from drawing conclusions about his hair.

It's one of a batch of photos that hail from Henry Cavill News, who have been one of the most active sites in bringing set photos from the film. You can check them out below.

They tease more photos coming later in the week, so maybe fans can get a closer look; depending on who you ask, the photo of Eisenberg either proves that he's got hair or no hair.