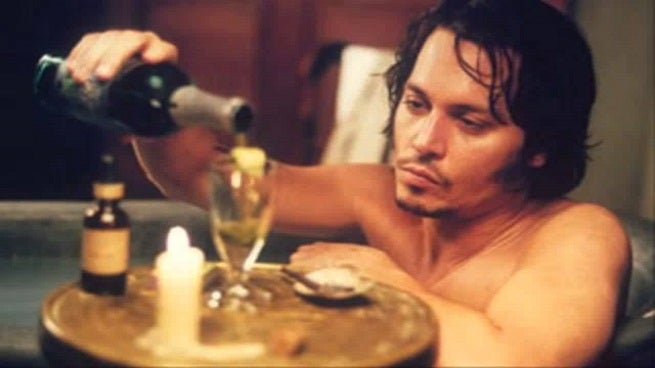 Following DNA analysis of evidence reportedly found at the scene of one of the Jack the Ripper murders, an English businessman and a freelance criminologist believe they have identified the killer as Polish immigrant Aaron Kosminski.

What's interesting for comic book fans is that in an interview with the Daily Mail, the man who kicked off the effort claims that he was inspired to investigate the crime after having seen the Hughes Brothers' film adaptation of Alan Moore and Eddie Campbell's ambitious comic From Hell.

Russell Edwards, an "armchair detective," bought a shawl at auction which had reportedly been discovered at the site of the murder of Catherine Eddowes, and then taken home from the scene by a police officer. Edwards hired investigator Dr. Jari Louhelainen, who tested DNA on the item against descendants of a number of the original suspects in the Ripper crimes.

"When my involvement in the 126-year-old case began, I was just another armchair detective, interested enough to conduct my own extensive research after watching the Johnny Depp film From Hell in 2001," Edwards explained of his motives.

Kosminski was a barber, which made him an obvious suspect at the time becuase of his access to a variety of sharp blades. Police were never able to assemble enough evidence to bring him to trial. He later died in an asylum.

In the intervening years, the Ripper killings have become a worldwide fascination, with conspiracy theories naming any number of candidates. In From Hell, it was speculated that Sir William Gull, physician to the royal family, has the killer.