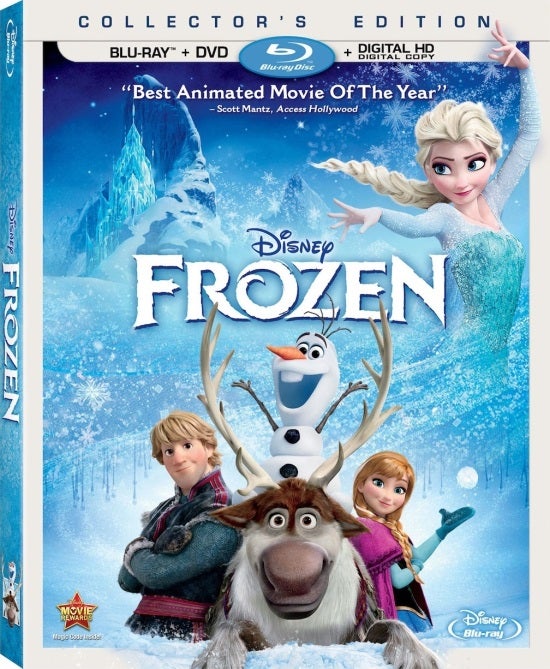 By now, DVD and Blu-ray fans have probably seen more "Making Of" bonus features than they can count. Sometimes they're awesome (the Appendices for The Lord Of The Rings, for example), but often they're kind of cookie cutter and forgettable. Frozen's is one you'll definitely remember. Stars Josh Gad, Jonahtan Groff and Kristen Bell don't just take you behind-the-scenes, the give you a whole song and dance routine. Literally. Frozen is Disney's incredibly successful animated musical. In it, fearless optimist Anna teams up with Kristoff in an epic journey, encountering Everest-like conditions, and a hilarious snowman named Olaf in a race to find Anna's sister Elsa, whose icy powers have trapped the kingdom in eternal winter. The featurette will be a special feature on the Blu-ray and DVD release of Frozen, coming March 18.

Frozen Has The Best Making Of Featurette Ever