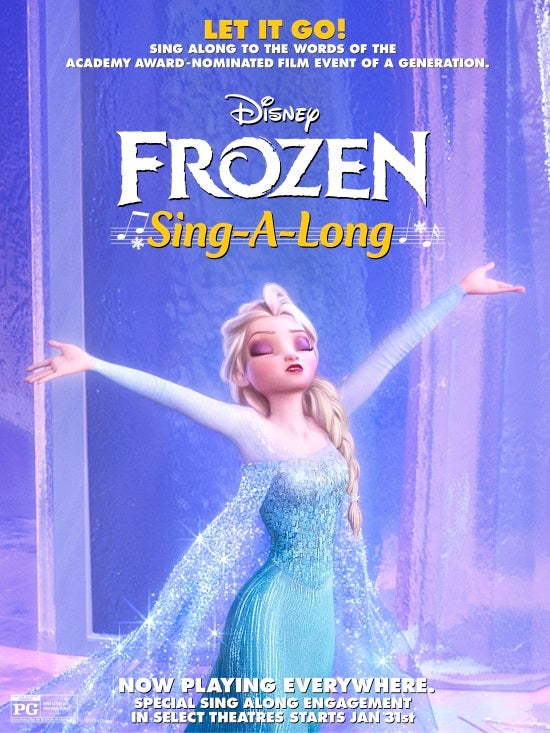 On January 31, Frozen will return to theaters nationwide with a new sing-along version. This version of the Oscar-nominated film will feature on-screen lyrics and a bouncing snowflake, inviting audience members to sing-along with the cast during all of its musical numbers. Disney has released a clip of the sing-along version "Let It Go," the film's Oscar nominated anthem sung by Elsa (Indina Menzel). In Frozen, Fearless optimist Anna teams up with Kristoff in an epic journey, encountering Everest-like conditions, and a hilarious snowman named Olaf in a race to find Anna's sister Elsa, whose icy powers have trapped the kingdom in eternal winter. The film has been nominated for the Academy Award for Best Animated Feature. A Broadway production based on the film has begun production.