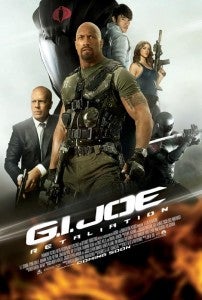 , the second film in the franchise based on Hasbro's popular toy line, has been pushed back to 2013 in order to upconvert the film to 3D, according to Deadline. The film was originally scheduled to hit theaters on June 29 but Paramount reportedly hopes that adding 3D to the film will enable it to make more money overseas. The film will now debut on March 29of next year, nine months after its original date. "We're going to do a conscientious 3D job because we've seen how it can better box office internationally," an unnamed studio executive told Deadline. "Jim Cameron did all ofTitanic's 3D in post — and look how well that movie turned out." It's not just a quality issue--the article sites the popularity of 3D in large markets like China and Russia as well as the strong performance of this March's The Hunger Games as evidence that the move could be a sound business strategy. With the prime spot on the last Friday before the Fourth of July now open, Universal Studios will release Ted, the dark comedy from Family Guy creator Seth MacFarlane, on the date instead of its planned July 13 bow. "The movie has had so much buzz since the minute the trailers were released that we've been looking to see if there was an earlier date available," a Universal insider told Deadline. "It also gives us two more weeks of primetime summer. And allows for the word of mouth to build through the weeks up through Fourth Of July."