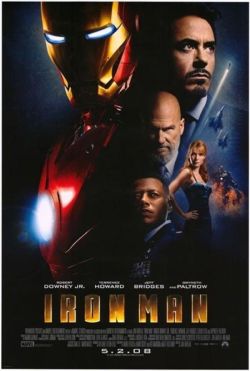 Contrary to earlier reports that Gary Oldman had visited the set of Iron Man 2, the actor's manager issued a statement rebuking the claims. On Tuesday, the website IESB reported that the actor was spotted on the set of Iron Man 2, during the film's first day of production. This sparked a rumor that Oldman might be joining the cast, possibly as Tony Stark's father, Howard Stark, in a series of flashbacks. When Superherohype picked up on the story, Oldman's manager Douglas Urbanski posted a rebuttal onto Superherohype's comments stating, "Mr. Oldman did not visit the set of Iron Man and there are currently no plans for him to appear in the film." Oldman is not the only actor rumored possibly to play the role of Howard Stark. In December of last year, Bull Durham's Tim Robbins was rumored for the role. Robbins later denied this shortly before production for the sequel began. The role of Howard Stark was first played by actor Gerard Sanders, who briefly appeared during the slideshow sequence at the beginning of the first Iron Man film. However, it was rumored that Tony Stark's father would have a bigger role in the sequel and that Sanders would be replaced in favor of a bigger name actor.