Over at the Fan Art Exhibit blog, the same Photoshop artist who did an "If Women Ruled the Earth" photo manipulation that re-cast the male castmembers of The Dark Knight using roughly equivalent actresses and Photoshop, has sequelized the idea with a second trio of manipulations that bring female Captain America, Thor and Iron Man. Check out the images below, with a bit of commentary from the artist. [caption id="attachment_35848" align="aligncenter" width="540"] 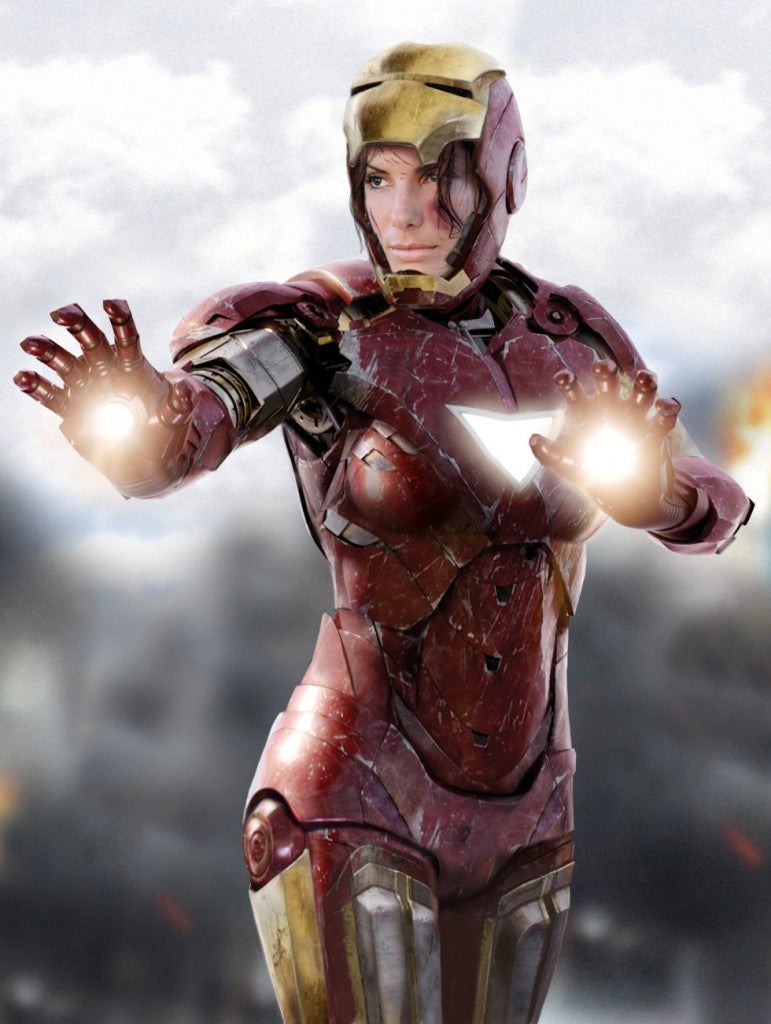 First up Iron Maiden, the casting choice is Sandra Bullock as she's the closest I could think of to a female Robert Downey Jr in terms of age and personality.[/caption] [caption id="attachment_35849" align="aligncenter" width="500"] 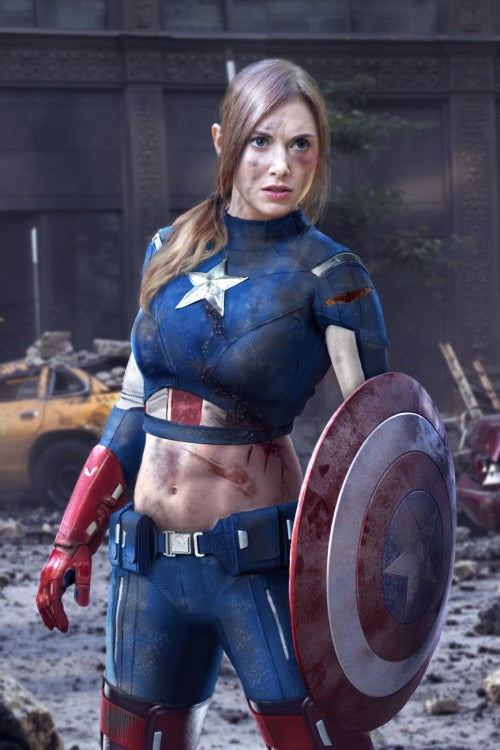 Miss America, portrayed by the lovely Alison Brie. I went without the helmet for two reasons, 1 - I couldn't find an suitable image to fit the direction of the head, and 2 – I just love Alison.[/caption] [caption id="attachment_35850" align="aligncenter" width="500"] 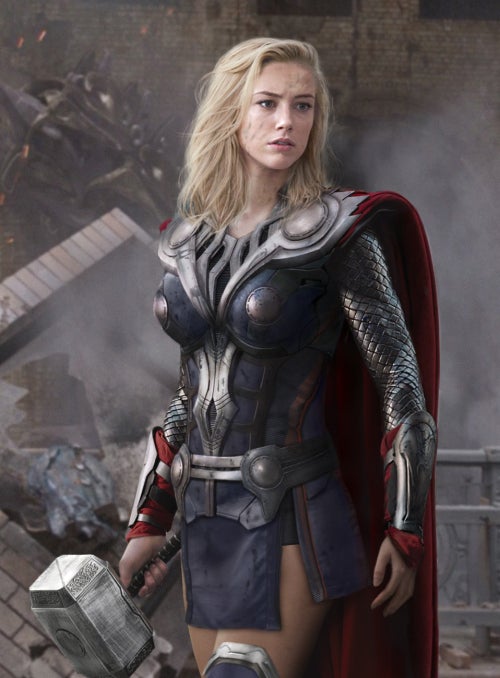 Hehehe. Who else but Amber Heard for Thora?[/caption]