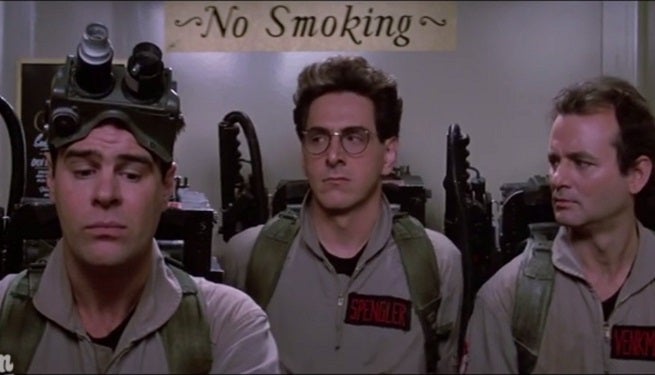 Screen Junkies have created an Honest Trailer for the 1984 classic comedy Ghostbusters.

Dan Aykroyd, Harold Ramis, and Bill Murray starred in the film – written by Aykroyd and Ramis – about a group of unemployed parapsychology professors turned ghost hunters

While acknowledging the film as a classic, the Honest Trailer points out certain odd things about it, like the way the media seems completely unphased by proof of the existence of ghost, and how what is nominally a kids movie has an awful lot of swearing and smoking.

In celebration of the film's 30th Anniversary, Ghostbusters and Ghostbusters II will be released onto Blu-ray on September 16.

Ghostbusters Gets An Honest Trailer