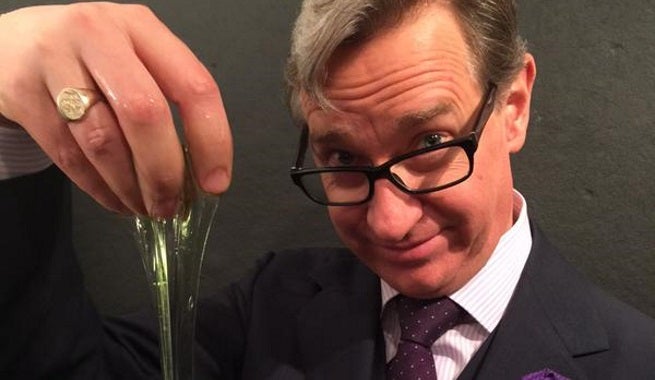 Paul Feig's female-driven Ghostbusters movie is set to begin shooting in Boston today (though, in the film, the city will be recast as New York). The Boston Herald, reporting on the big shoot, revealed some new story details concerning the lead characters and the film's first act.

Click through the spoiler tag below to see what the Herald had to say.

[Kristen] Wiig and [Melissa] McCarthy play a pair of unheralded authors who write a book positing that ghosts are real. Flash forward a few years and Wiig lands a prestigious teaching position at Columbia U. (Like the original, the story takes place in New York City, even though it's being shot in Boston.) Which is pretty sweet, until her book resurfaces and she is laughed out of academia. Wiig reunites with McCarthy and the other two proton pack-packing phantom wranglers, and she gets some sweet revenge when ghosts invade Manhattan and she and her team have to save the world.

Wiig and McCarthy will be joined by Kate McKinnon and Leslie Jones to form Feig's version of the Ghostbusters. Feig's female-led Ghostbusters is just the first in what Sony Pictures hopes will become and expanded Ghostbusters franchise.