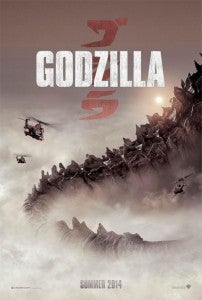 At 2013 San Diego Comic-Con International, the Godzilla Encounter was an off-site event, which you can read about in Comicbook.com's write-up about the experience. Or you can check out the Godzilla Encounter video footage below including a face-to-face with Godzilla himself which recently turned up on YouTube. Of course, it's not the Godzilla of the film. According to a rep for Legendary who was on-hand when we went through the Experience, there's been some confusion about this: The footage seen in the Encounter is original footage, created for the Comic Con feature, and not representative of the final film. An epic rebirth to Toho's iconic Godzilla, this spectacular adventure pits the world's most famous monster against malevolent creatures who, bolstered by humanity's scientific arrogance, threaten our very existence. Godzilla stars Aaron Taylor-Johnson, Ken Watanabe, Elizabeth Olsen, Juliette Binoche, David Strathairn and Bryan Cranston. Gareth Edwards is directing the film from a screenplay by Max Borenstein, Frank Darabont and Dave Callaham. Godzilla is scheduled to be released in movie theaters in the United States on May 16, 2014.