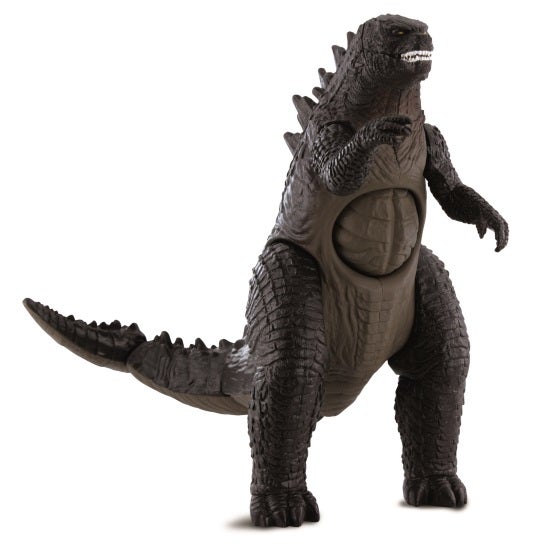 is coming to the big screen this May and with it comes a whole wave of tie-in merchandise. We've got a closer look at some of the coolest Godzilla toys and other merchandise coming out when the green behemoth returns to the screen. 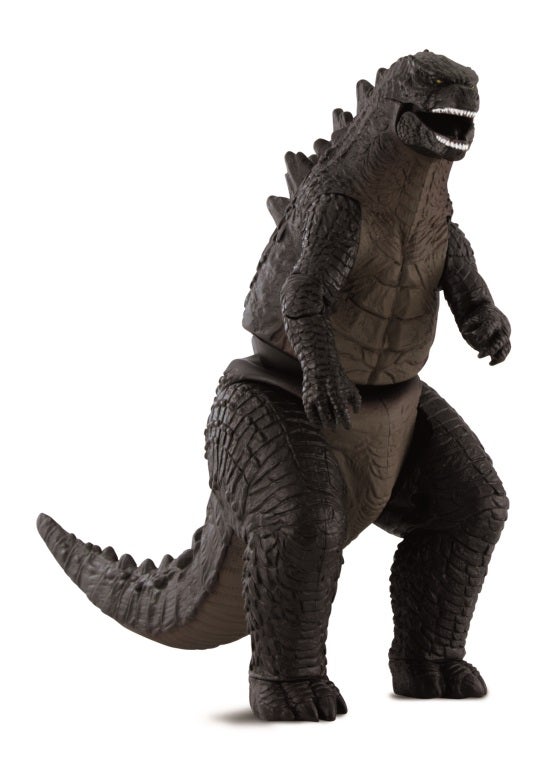 There are two different fighting version of Godzilla to choose from. The first is "Tail-Strike" Godzilla, with a swinging tail that you can control from a button on his chest. The other is "Smash Strike" Godzilla, who has a powerful, upper body attack controlled by a lever on the upper part of his tail. $14.99 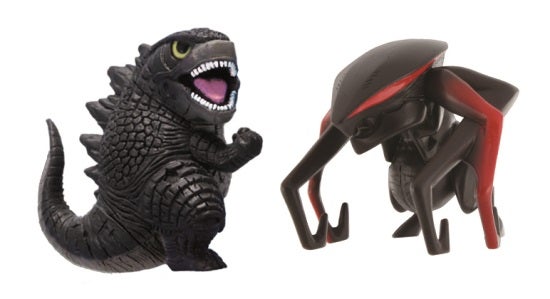 Taking inspiration from the anime of Godzilla's homeland, Japan, these figures have a chibi-style look. There are two different two-packs available, each featuring Godzilla in a different pose. $6.99 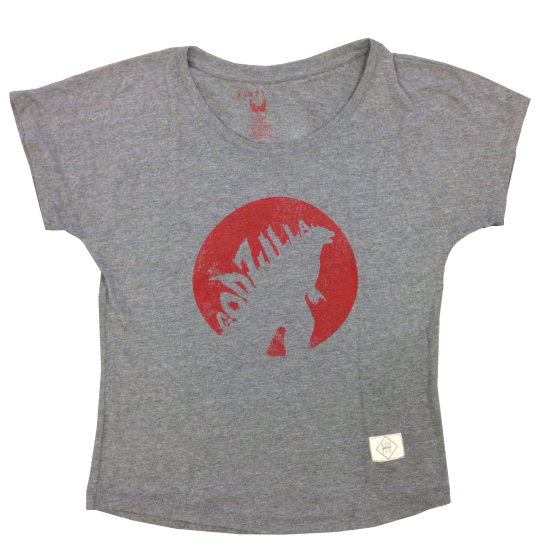 A limited edition t-shirt featuring the Godzilla silhouetted against a red circle (like the Japanese flag's rising sun) with his name spelled out down his spine. If you like simple, iconic shirts, then this is the Godzilla fashion piece for you. Available exclusively at Kitson for $42. 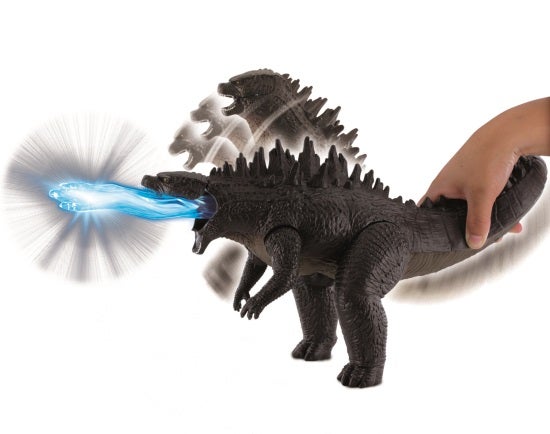 A figure for collectors, this 10" Godzilla figure features his "atomic breath" action and incredible roar. $34.99 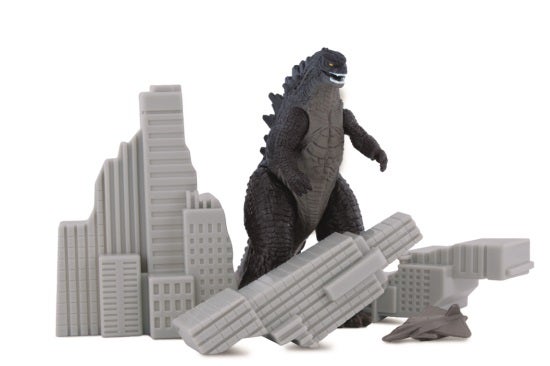 This package contains an exclusive Godzilla figure, a destructible building, and a military aircraft. Perfect for restaging the movie in your living room. $8.99 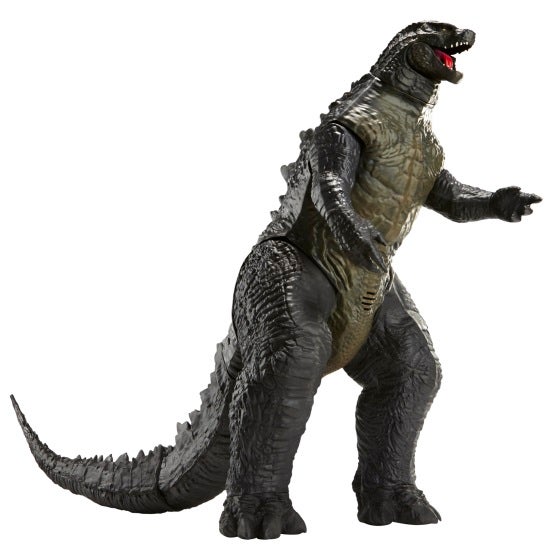 This massive Godzilla figure stands at over 3 ½ feet tall. He's got 12 points of articulation, a swinging tail, and lots of detail. Great for kids and collectors, the figure will be available at Toys R Us for $44.95. 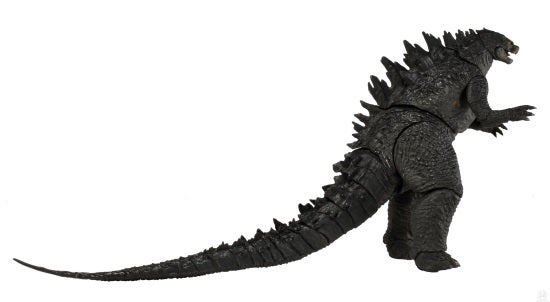 NECA plans to release a number of cool toys and accessories inspired by Godzilla, including this 12" replica figure, available soon. 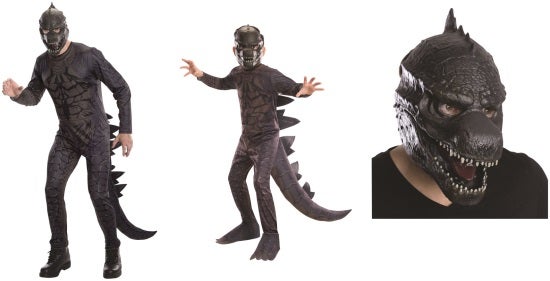 Rubie's is offering full-scale Godzilla costumes, for adults and children both, ranging from masks to full-scaled suites. The line will be available this Halloween. 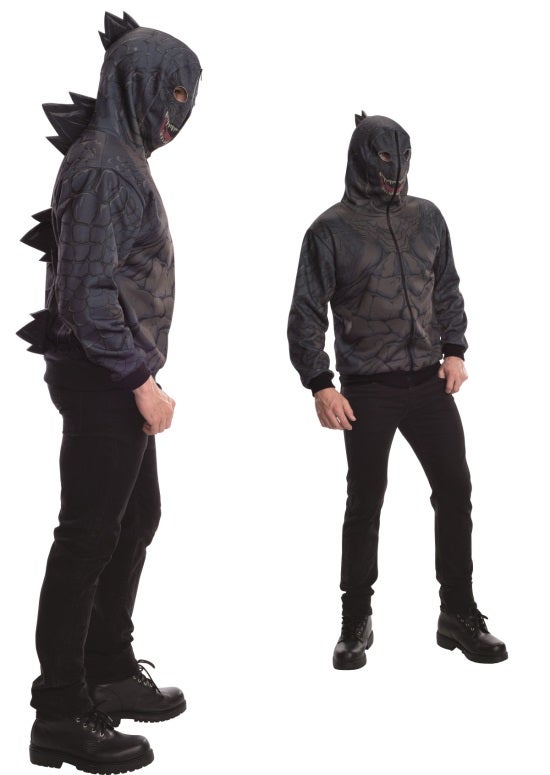 If you're not one for the full-on Halloween costume idea, you can get this more functional costume hoodie. It's a full zip-up hoodie with Godzilla hood-mask and spines. It will also be available this Halloween. In Godzilla, the world's most famous monster is pitted against malevolent creatures who, bolstered by humanity's scientific arrogance, threaten our very existence. Godzilla comes to theaters May 16, 2014.