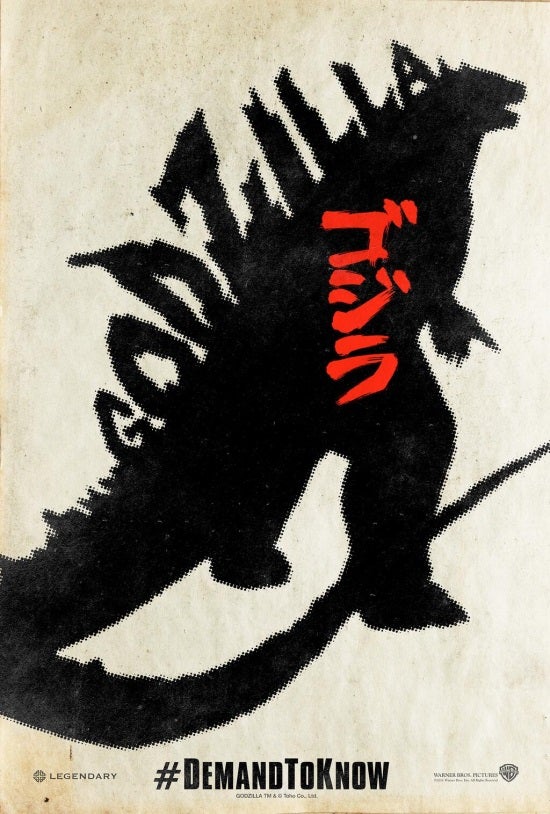 Legendary Pictures and Warner Bros. have released a new teaser poster for "Godzilla." The poster has a shadowy silhouette of Godzilla, with the monster's name running down his spine. The image was posted to Twitter with the status: "You're lying, I know what happened here!" #DemandToKnow RT to awaken the truth. The quoted line was spoken by Joe Bordy (Bryan Cranston) and heard in the previously released film trailer. Does the tweet hint at something more revealed if it gets retweeted enough? In "Godzilla," The world's most famous monster is pitted against malevolent creatures who, bolstered by humanity's scientific arrogance, threaten our very existence. "Godzilla" come to theaters May 16, 2014.