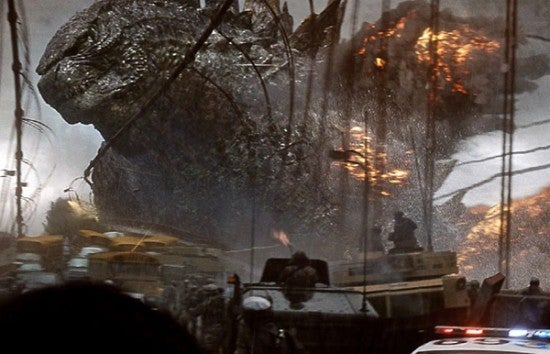 A new photograph showing off the titular monster from Gareth Edwards's Godzilla, published in this week's issue of Entertainment Weekly, on the stands tomorrow, has turned up online thanks to digital editions available to subscribers on the Nook and Kindle tablets. You can see it above, giving fans their best look yet at the face of the King of Monsters. The image was released on the same day that Legendary Pictures released a new, black-and-white poster featuring Godzilla. As with many of the better looks at the monster officially released so far, it is stylized enough to pass for a drawing or animation rather than a photo. You can check the poster, which features only the monster, the logo and production house icons, below. Godzilla will be in theaters on May 16. 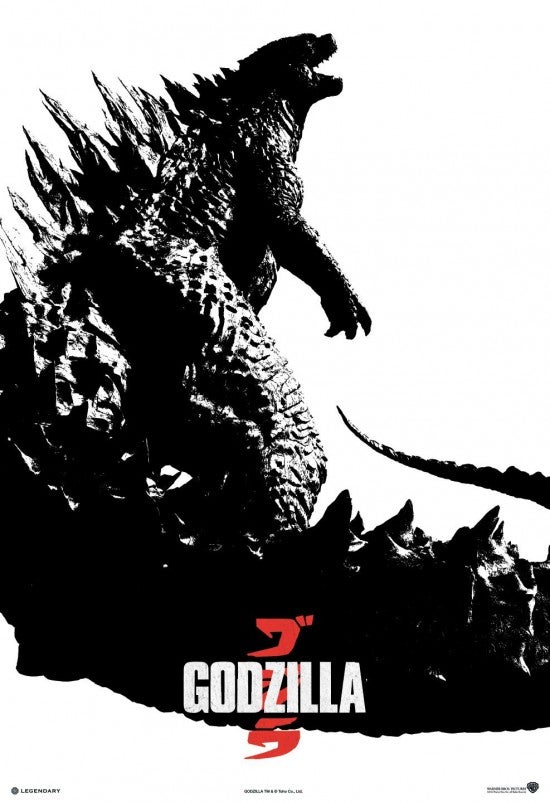