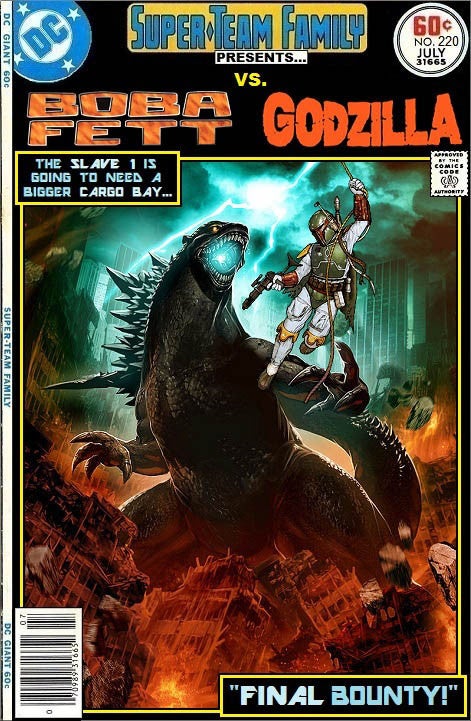 Following last weekend's massive opening for Godzilla, Legendary Pictures had their biggest hit of 2014 by a wide margin. So what did the studio think when, just an hour or so ago, it was revealed that director Gareth Edwards would take on a Star Wars film set for release in 2016 and, presumably, set to go into production fairly soon? Well, as it turns out, they weren't all that upset. Edwards remains attached to direct Godzilla 2 and 3, but while story ideas exist, the projects are apparently still in early development and Godzilla 2 does not even have a script, according to The Hollywood Reporter. Godzilla, which would have been considered a success at $70 million domestic, took home $93.1 million and beat everyone's expectations last weekend while generating mostly strong reviews. A sequel, presumably starring Avengers: Age of Ultron and Godzilla star Aaron Taylor-Johnson, who is under contract for sequels, was reportedly already in the works by Sunday night. "Gareth's filmmaking talent makes him one of his generation's most creative and visionary directors," said Legendary Entertainment's chairman and CEO Thomas Tull in a statement in response to the Star Wars announcement earlier tonight. "The plan has always been for Gareth to direct a different film before we started on another Godzilla, but who knew it would a Star Wars installment? We have a great plan in store for Godzilla fans and I am looking forward to seeing Gareth's imprint on the Star Wars universe." Not long ago, Edwards was developing a film he described as "Star Wars with robots," about a young boy and his robot pal who travel across the galaxy in search of mankind's origin in a world void of humanity and filled with robots. One has to wonder whether any of those ideas made their way into whatever he's got going next.