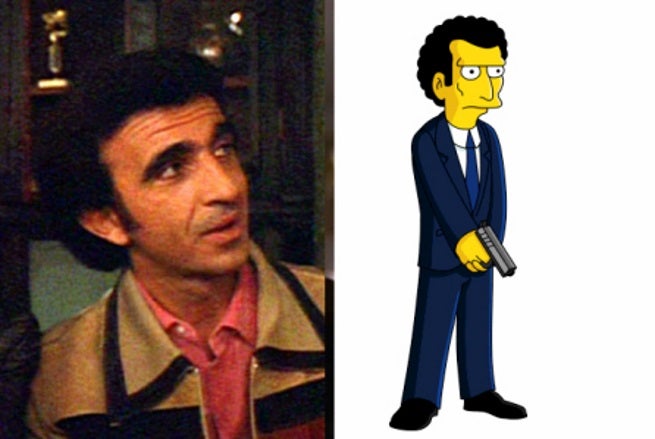 Actor Frank Sivero is suing 20th Century Fox, Fox TV Studios, and Matt Groening over the The Simpsons character Louie, whom Sivero feels is a derivative of the Frankie Corbone character that Sivero portrayed and claims to have created for Martin Scorsese's 1990 gangster film Goodfellas (via Deadline)

Louie, a member of the Springfield Mafia, first appeared in Season 4 of The Simpsons in 1991, and has appeared in about a dozen episodes since.

Sivero is seeking $250 million in the lawsuit.

The five-page complaint filed by Sivero's lawyers claims that The Simpsons producer James L. Brooks was "highly aware of who Sivero was, the fact that he created the role of Frankie Carbone, and that The Simpsons character Louie would be based on this character."

While lawsuits over character likenesses are not uncommon, this suit is somewhat unusual due to the high dollar amount of the complaint, and the fact that it is over 20 years in the making.

There's no word on whether or not Scorsese will become involved in the suit, but he could potentially pull the rug out from under Sivero if he claims to have created the Corbone character himself.

Goodfellas Actor Suing Fox For $250 Million Over The Simpsons Character