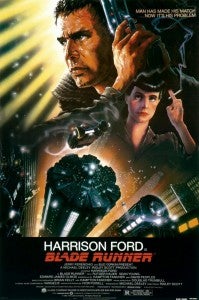 Michael Green, one of the writers of Warner Bros.'s widely-panned Green Lantern adaptation, will rewrite the script for an as-yet-untitled sequel to Blade Runner, the studio confirmed today. Green will punch up a draft by Hampton Fancher, who wrote the original. While producers haven't yet confirmed that it will be an actual sequel, per se, the fact that Ridley Scott will return to direct the film and has expressed interest in bringing Harrison Ford back as Rick Deckard certainly suggests that's the case. An individual familiar with the sci-fi project has told TheWrap it will be set years after the conclusion of the original. The original film, which has been singled out as the greatest science-fiction film of all time by a majority of genre publications, was selected for preservation in the United States National Film Registry by the Library of Congress as being "culturally, historically, or aesthetically significant." The film was selected for preservation in the United States National Film Registry in 1993 and is frequently taught in university courses. In 2007, it was named the 2nd most visually influential film of all time by the Visual Effects Society.