Spoiler Warning: This article contains spoilers related to the Easter Eggs that appear in Guardians of the Galaxy.

Guardians of the Galaxy is film that is filled with Easter Eggs. In fact, it's unlikely that anyone will be able to compile a complete list of all the Easter Eggs until the film is released on Blu-Ray and DVD. However, we've compiled a list of some of the confirmed Easter Eggs from the film. Be sure to add any that we might have overlooked in the comments section.

80's Pop Culture References – Peter Quill's ship The Milano is named after his childhood crush Alyssa Milano. Inside his ship are a number of 80's related items, including a trading card of Alf. Quill constantly makes references to 80's movies including Raiders of the Lost Ark and Footloose. Quill refers to Kevin Bacon as a great hero on his planet. 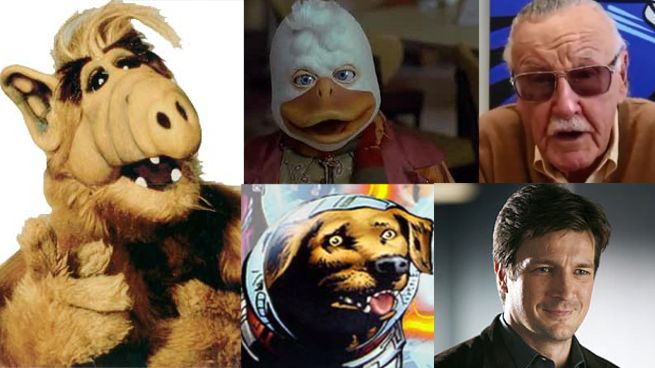 Stan Lee Cameo – Every Marvel Studios film has a Stan Lee cameo. In Guardians of the Galaxy, Stan Lee is one of the people that Rocket Raccoon spots on the planet Xandar. Lee is whispering into the ear of a woman much younger than him, and Rocket labels him as a creepy old man.

Guardians Of The Galaxy Easter Eggs