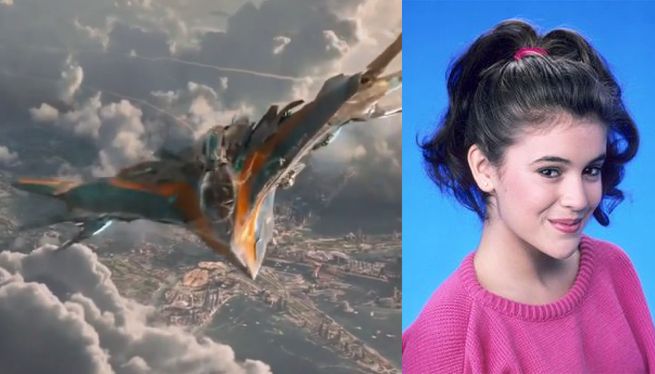 Guardians of the Galaxy director James Gunn has confirmed, via Twitter, that Peter Quill's ship in the film is named The Milano after Alyssa Milano, Peter Quill's childhood crush.

In Marvel's Guardians of the Galaxy comics, Star-Lord steals a sentient vessel that he simply calls "Ship." The change in name is presumably to help reinforce Quill's connection to 1980s Earth culture.

In the 1980s, Milano played the role of Samantha Micelli on the sitcom Who's the Boss?. In 1985, at the age of 12, she would appear in the film Commando. She continued to grow in fame, appearing in many made-for-TV movies, until she reached teen idol status. Peter Quill was hardly the only boy to have a crush on her during the decade.

Guardians Of The Galaxy: Quill's Ship The Milano Is Named For Alyssa Milano