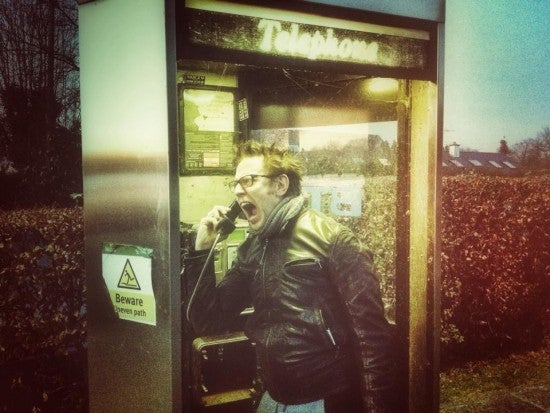 James Gunn wants fans to know that Edgar Wright's departure from Ant-Man has nothing to do with Guardians of the Galaxy. Rumors surrounding Gunn and his film have popped up all over the Internet in the last couple of days, with Comic Book Movie claiming he would direct Ant-Man in Wright's stead (or at least was being considered for the gig) and /Film claiming that Marvel's ambivalence about the Ant-Man script from the ambitious and quirky Wright was making Marvel nervous after they'd already veered out of their comfort zone to make Guardians. /Film reiterated the latter i"n a story they just ran debunking the former. They tagged the story, which they based on a tweet from James Gunn, "rumor control...

Waking up to a bee swarm of complete bulls--t rumors on all sides. Happy Thursday! — James Gunn (@JamesGunn) May 29, 2014

Funny enough, though, Gunn responded with another tweet taking aim at /Film's own rumor:

@slashfilm That's not what I mean. I mean the one about Edgar's departure having anything to do with GotG. I mean Jesus. — James Gunn (@JamesGunn) May 29, 2014

The writer said that he would change the original story to note Gunn's denial, and Gunn pointed out that the chances Marvel has been taking in promoting and supporting Guardians of the Galaxy should suggest they aren't out of their comfort zone. The original story compared Guardians to Sony's humor-inflected vigilante film The Green Hornet, which flopped back in 2011. Gunn was one of our choices in a list made this weekend of filmmakers who could, in theory, step in now that Wright is gone. One fan noted on Twitter that he had been asked on Facebook in the days following Wright's resignation and replied "no f---ing way."