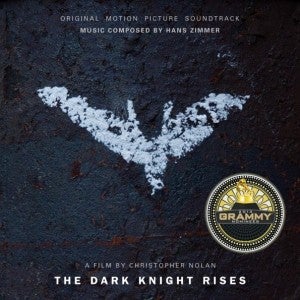 Hans Zimmer, the award-winning composer who worked on The Dark Knight Trilogy and Man of Steel, is considering coming back for Batman vs. Superman, according to a new interview. This, of course, in spite of the fact that he was one of a number of the people involved in The Dark Knight Rises who swore off the Caped Crusader for good. "I thought I was done with Batman," Zimmer told the Huffington Post (via CBM). "I have to think about that. I have to think about how that fits into what I want to do next." Even so, it may not be up to him. While Zimmer might seem like a no-brainer thanks to his connection to both heroes and Warner Bros., he's in-demand right now and is busy working with Christopher Nolan on his next film already. He told HuffPo that there isn't a seat reserved for him at the Batman vs. Superman table. "It's not really like that. I think it's really important for everybody to always take a deep breath and have a think about it," he said. "'Do we really want to embark on this journey?' Because the question really is: Do I have anything new to say? Is there anything I could add that I haven't done already? When we did Batman Begins, we saw that as an autonomous movie. We never knew we were going to do two and three. Everybody thinks, 'Oh, of course you did!' If you think about it, though, we never knew. Like, in Lord of the Rings, everyone knew that the little guy was going to throw the ring in the volcano. We never had that. At the same time, of course, my mandate was treat each one as an autonomous movie, but you can't shift stylistically quite that much. The fun thing is if you can shift stylistically, that's what you want to do. For better or for worse, you want to reinvent yourself every time. Sometimes it works, sometimes it doesn't."

Hans Zimmer May Return to Score Batman vs. Superman