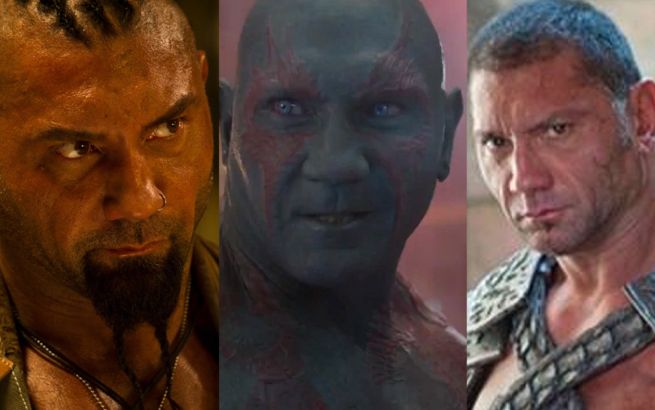 Dave Bautista is an American actor, who is also a former mixed martial artist and former professional wrestler. During his time in the WWE, Bautista went by the ring name Batista.

For comic book movie fans, Bautista is best known for playing Drax the Destroyer in Guardians of the Galaxy. Bautista won rave reviews for his performance as Drax, and his character delivered several of the funniest lines in the film.

Besides Guardians of the Galaxy, Bautista also appeared in The Man with the Iron Fists, The Scorpion King 3: Battle for Redemption and Riddick. Bautista is also playing Mr. Hinx in the new James Bond film Spectre, which is currently filming.