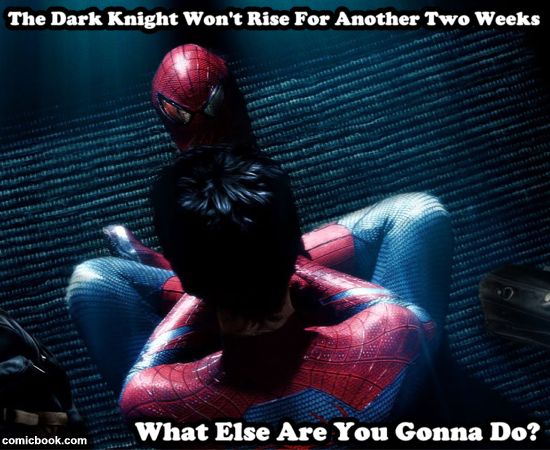 Sony has launched an official website for the Amazing Spider-Man movie, which is due to arrive in theaters on July 3, 2012. The website goes to great lengths to assure fans that the movie will tell a "different side of the Peter Parker story" than told in previous movies. The website also promises fans that this is just the "first in a series" of movies about Spider-Man. While the approach of harping on the untold story angle and announcing the intention for future installments before the first movie even hits theaters might seem odd, Sony appears to be facing an uphill battle in marketing the movie. Any other summer and Sony's big budget Spider-Man reboot would likely be the comic book movie event of the summer. But the summer of 2012 is not like any other summer. It's the summer of the first Avengers movie and the final Christopher Nolan Dark Knight movie. Give Sony credit, they've released an awesome poster, a pretty good trailer, have a great website, and had the most buzzworthy panel of any comic book movie at Comic-Con. I mean how can you beat one of the stars showing up in a home-made Spider-Man outfit and another star having a run-in with the law. Of course, the fact that The Avengers and Dark Knight Rises hardly had any presence at Comic-Con didn't hurt either. Despite Sony's best efforts, the Amazing Spider-Man movie buzz continues to pale in comparison to the buzz around The Dark Knight Rises and The Avengers. One only has to look as far as the Facebook fan pages of the movies to see the dramatic difference. While the official fan page for The Avengers movie has over 350K likes and the official fan page for The Dark Knight Rises has over 266K likes, the Amazing Spider-Man fan page is hovering around 113K likes. One almost has to feel sorry for the Amazing Spider-Man going up against The Avengers and The Dark Knight Rises. The Avengers is the culmination of a well-orchestrated plan by Marvel Studios that has been built up over several previous films. It features an incredible list of star power including Robert Downey, Jr., Samuel Jackson, Scarlett Johansson…we'll stop now, because it's almost not even fair how much The Avengers has going for it. Then, there is The Dark Knight Rises, which is the follow-up to the highest grossing movie of all-time not directed by James Cameron. Even after only watching shaky bootleg videos of second trailer for The Dark Knight Rises, fans are already proclaiming the movie to be a work of genius. The Avengers is something new that people are dying to see, and The Dark Knight Rises is the end of an era from an established director. As the beginning of a reboot of a fairly recent movie series, Sony finds itself having to compete by trying to establish the Amazing Spider-Man series as something new. The Amazing Spider-Man probably has little chance of beating The Avengers or The Dark Knight Rises, but it still has a good chance of being a success at the box office. Sony can hope that The Avengers, which debuts in May, will whip fans into a comic book movie viewing frenzy. Perhaps instead of using "Untold Story" in their advertising, Sony might benefit from another approach. Maybe a tagline along the lines of "If you plan to just see once comic book movie this summer...please reconsider and see three." Or "The Dark Knight won't rise for another two weeks, what else are you gonna do?" 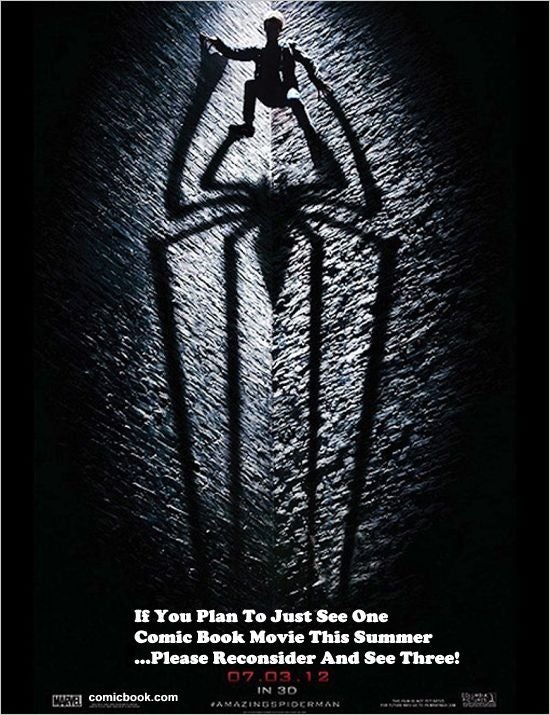 Hey Kids! Spider-Man Has A Movie Coming Out Next Year Too!