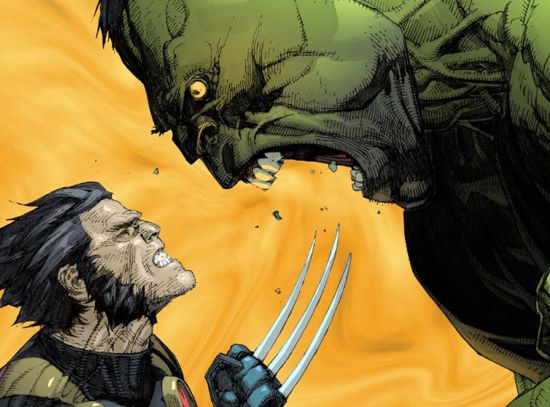 With X-Men: Days of Future Past set to premiere in theaters this weekend, Hugh Jackman has been making the promotional rounds to support the film. In an interview with IGN, Jackman talked about one of his dreams for his Wolverine character that is sure to please comic book fans. "I would love to see him as part of The Avengers," said Jackman. "Because there's a great dysfunction among that team, and I think Wolverine would fit right into that. He'd like that." Of course, before superheroes team up, they often find themselves at odds with one another, and Jackman sees no different for Wolverine. "There's no doubt he'd get in a fight with Hulk at some point. Those two bad, rage-filled characters are going to square off at some point. It would be quite fun. I don't know how much fun to shoot it would be because I'm sure I'd be on the worst end of it, but hey, he can heal," said Jackman. With 20th Century Fox owning the movie rights to the X-Men and Marvel Studios owning the movie rights to the Avengers, it's unlikely that Jackman's dream will come true any time soon, but maybe one day. X-Men: Days of Future Past is scheduled to be released in movie theaters in the United States on May 23, 2014.

Hugh Jackman Wants Wolverine To Fight The Hulk In The Avengers