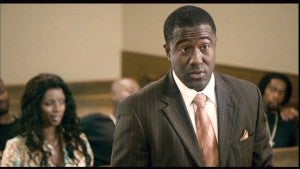 E. Roger Mitchell, recognizable to fans of The Shield and Diary of a Mad Black Woman, will join the cast of the forthcoming Hunger Games sequel from Lionsgate, Catching Fire. Mitchell will play Chaff, a former champion from District 11 set to compete in the Quarter Quell. The Hunger Games: Catching Fire will be directed by Francis Lawrence and will go into production in September for a planned November 2013 release.