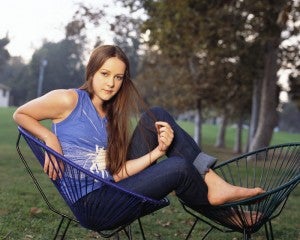 It's been rumored for some time that Jena Malone was in the running for the role of Johanna Mason in Lionsgate's film adaptation of The Hunger Games: Catching Fire, and now it's official, according to a story at Deadline. The actress, best known for work like Donnie Darko and Into the Wild, most recently starred in the hit TV miniseries Hatfields & McCoys with Man of Steel actor Kevin Costner. According to a press release from Lionsgate, "Johanna Mason is a female victor from a past Games still in her early twenties, and is one of the youngest, but also one of the most psychologically scarred Quarter Quell participants." The film, based on the book by Suzanne Collins, will be directed by Francis Lawrence and will be in theaters November 22, 2013.