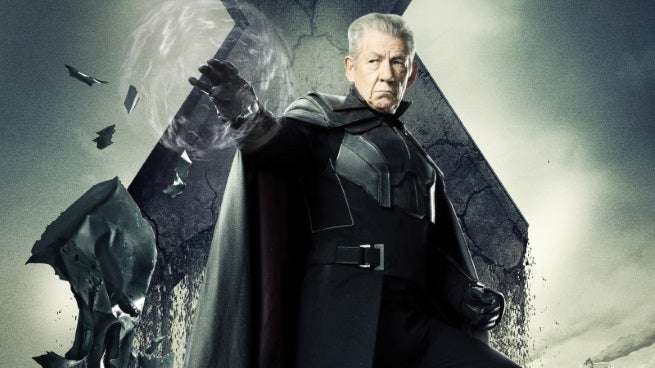 Ian McKellen has confirmed that he is not playing Magneto in X-Men: Apocalypse.

Earlier this year, friend and co-star Patrick Stewart had apparently let slip that McKellen would be reprising his role as the mutant master of magnetism once again for Apocalypse, but an interview with Digital Spy has McKellen outright refuting that rumor.

"I haven't heard [the rumors], I don't think I am, no, no, they are currently making the film and I'm not in it," McKellen says. "I was very happy to be a part of the films but I have other things to be doing. I've just done Mr. Holmes, I just done some filming for a sitcom, a film for BBC TV with Anthony Hopkins, so there are compensations for not getting caught up in blockbusters."

McKellen played Magneto in the original X-Men trilogy, before Michael Fassbender took over a younger version of the character in X-Men: First Class. He returned to the role once more for X-Men: Days of Future Past.

Looking back on the franchise as he exits, McKellen remarked on why he felt X-Men stories stood out above the rest of the genre fiction crowd.

"I've always thought the X-Men stories were superior, to my taste, to any other fantasy movies because they were about something," McKellen explains. "I don't think there's much excitement in the wimp who becomes all powerful when he changes his underwear. But X-Men is about what it is to be different, what it is to be a mutant, and society's attitude towards difference and all that. That's an important social thing to discuss."

Batman and In Like Flint Actress Jean Hale Dies at 82