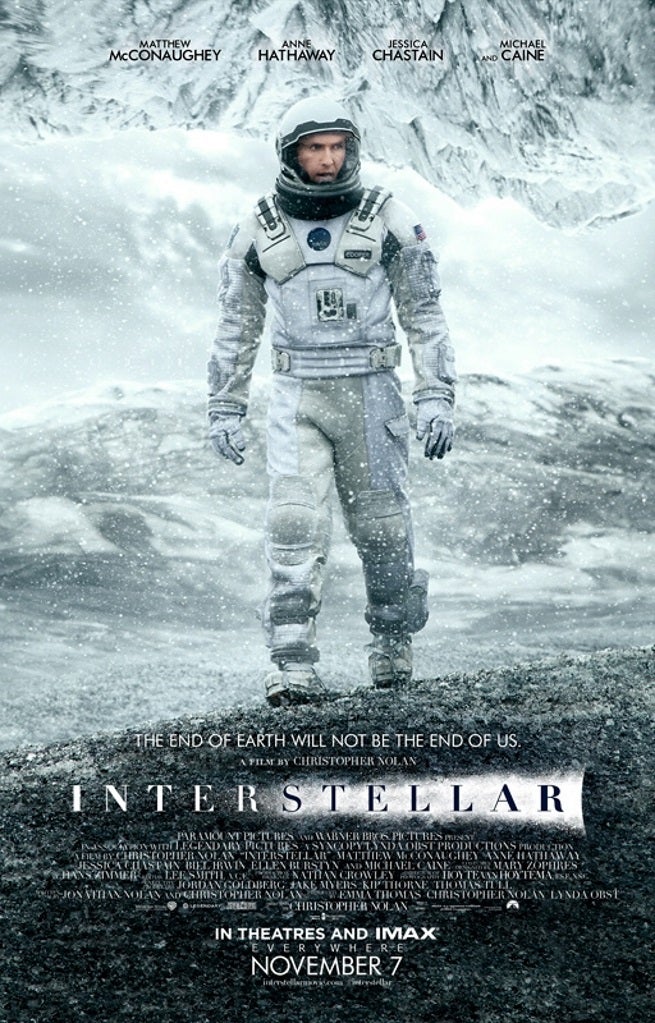 There's still two weeks before Christopher Nolan's latest film, Interstellar, hits theaters, but the reviews have already begun rolling in. So far, the reviews are mixed, suggesting that the film isn't without it's merits, but that it's certainly not the masterpiece that Nolan imagined it would be.

Alonso Duralde at The Wrap uses one of Nolan's most recognizable lines to suggest that the writer director might be his own worst enemy.

To paraphrase Christopher Nolan's "The Dark Knight," we don't get the prestige filmmakers we need, we get the ones we deserve. And one of the ones we seemingly deserve is Nolan himself, a filmmaker with a keen visual sense but also one who undercuts the big, challenging ideas of his movies with unnecessarily tidy resolutions.

Christopher Nolan's overwhelming, immersive and time-bending space epic 'Interstellar' makes Alfonso Cuarón's 'Gravity' feel like a palate cleanser for the big meal to come. Where 'Gravity' was brief, contained and left the further bounds of the universe to our imagination, 'Interstellar' is long, grand, strange and demanding – not least because it allows time to slip away from under our feet while running brain-aching ideas before our eyes. It's a bold, beautiful cosmic adventure story with a touch of the surreal and the dreamlike, and yet it always feels grounded in its own deadly serious reality.

Over at Badass Digest, Devin Feraci suggest that Nolan simply can't live up to his influences:

"They should have sent a poet."

That line from Contact is probably the best summation of Interstellar, a well-made, well-meaning movie that somehow manages to undersell the grandeur of interstellar travel. It's a movie designed for people who watched the bedroom sequence in 2001: A Space Odyssey and wished there was more exposition about who built the room, how, why and what thread count was on that bed; Christopher Nolan, who aspires to Kubrick's precision, cannot match his messy metaphysics. There's an equation for every emotion in Interstellar, including love.

Christopher Nolan's ambitious outer-space adventure is more admirable for its intentions than for its overall execution.

Variety's Scott Foundas felt like the film was an enjoyable spectacle with brains to back it up.