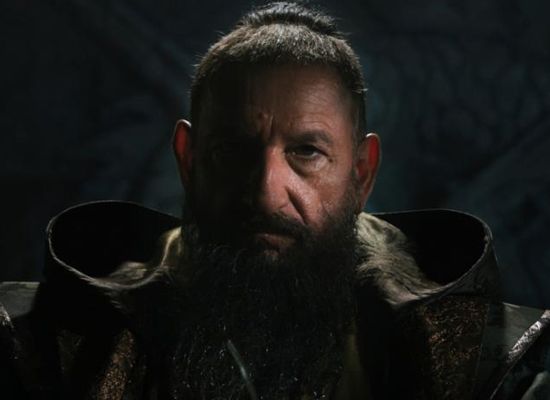 was the first to confirm way back in May that The Mandarin would be  the villain in Iron Man 3. And despite other reports The Mandarin would only play a minor role in the film, it's starting to look more and more like we were correct in pegging The Mandarin as the main villain in Iron Man 3. In the first trailer for Iron Man 3, The Mandarin is definitely being promoted as the central villain. Also, there are some rave reviews already surfacing for Ben Kingsley's performance as The Mandarin. USA Today has some rather interesting quotes from Marvel Studios President of Production Kevin Feige. Feige says, "On his last take of his first full day as the Mandarin, when they yelled 'Cut!' the entire crew burst into applause, spearheaded by Mr. Downey himself. It was pretty amazing to see that." Feige also elaborated that out of all the filming during Marvel Studios movies so far that he can count on one hand the number of times that something similar has happened. Feige also adds, "That's what you get when you hire Sir Ben Kingsley. He's so excited about his part and so into this character, and frankly just scaring the heck out of everybody. They're like, 'You've broken us out of our skeptical malaise!' " Given Feige's hearty endorsement and build-up of Kingsley's performance, it's a pretty good bet that The Mandarin does play a central role in the film. Iron Man 3 is scheduled to be released in theaters on May 3, 2013.