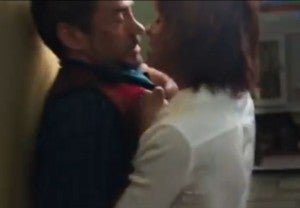 The first trailer for Iron Man 3 has been released, and filming for the movie recently wrapped up in Wilmington, North Carolina. There is still rumored to be some filming left to take place in China, but it reportedly won't involve the main cast and crew. With the release date of Iron Man 3 just a little over six months away, the rumors are surfacing fast and furious. Here are five of the most recent rumors. 5. Pepper Potts Gets Armored Up – It's been rumored for a long time that Pepper Potts, who is played by Gwyneth Paltrow, might be getting her own armor in Iron Man 3. A report from a licensing presentation seems to confirm that this rumor is actually true. In the comics, Pepper Potts in armor was known as Rescue, but it's unclear if she will be using that name in the movie. 4. Iron Man 3 Leads Into Guardians Of The Galaxy – In the upcoming Guardians of the Galaxy comic book from Marvel Comics, Iron Man has been mysteriously added to the Guardians team. We've also heard murmurings that Iron Man could be part of the Guardians of Galaxy movie in some form of fashion, even though the Guardians of the Galaxy director apparently posted and then deleted from Facebook that basically all news about his film was untrue. Meanwhile, the comic creators keep insisting that they've been working with the movie studio people to create unity. 3. Tony Stark Gets Extremis In China – Also, coming out of that licensing presentation was that the surgery scene shown in the Iron Man 3 trailer is Tony Stark getting injected with the Extremis virus. As revealed by a screen shot on Comicbook.com, the scene also appears to be taking place in China since acupuncture is being used in the surgery and there is Chinese writing on some of the equipment. 2. Wasp To Be Introduced – When Stephanie Szostak was first cast in Iron Man 3, there were a lot of rumors that she could be playing Janet van Dyne, who becomes The Wasp. However, the rumors died down after the official Marvel suits insisted Iron Man 3 was going to be more of a standalone movie for Iron Man without other superheroes showing up. Now, the rumors are heating back up again, and it would sort of make sense considering Joss Whedon wants to have more female superheroes in Avengers 2. 1. A Movie Theater Gets Blown Up – Of all the rumors, this one has the most confirmation because a Wilmington-based supplier for Iron Man 3 actually posted pictures of the theater seats he designed for a scene involving a terrorist attack in an Afghanistan theater. Of course, it's always possible that this scene was scripted and even shot, but later removed, since The Dark Knight Rises shootings have made movie theater violence a sensitive subject to include in a movie.

Sonic the Hedgehog 2 Is Coming to Paramount+ Tomorrow