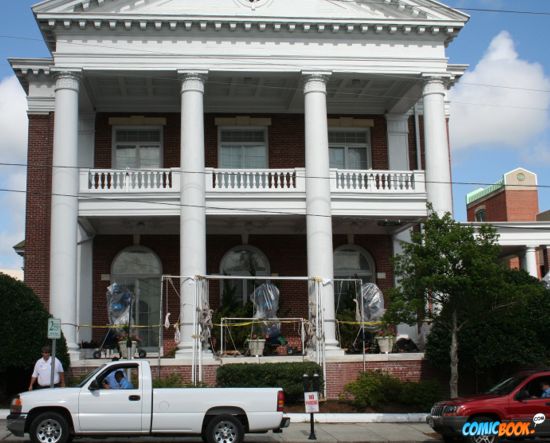 Iron Man 3 has already started shooting in Wilmington, North Carolina. All the filming to date has taken place on the sound stages at EUE/Screen Gem Studios. However, the first shooting outside the studios is scheduled to take place tomorrow in downtown Wilmington. Comicbook.com captured some exclusive photos today of the Cape Fear Club, where Iron Man 3 will be filming. As you can see from these photos, cameras and lighting equipment have already been set up outside of the Cape Fear Club. There are also a number of security guards stationed to watch over the equipment. Part of Chestnut Street in downtown Wilmington will be shut down for tomorrow's shoot. According to the permit application, two members of the cast will be involved in tomorrow's filming as well as twenty extras. It's unknown which two cast members will take part in the filming, but the Cape Fear Club definitely looks like a place that Robert Downey Jr.'s character Tony Stark would hang out at. As you can see from these exterior shots, the Cape Fear Club is a brick building with a number of long white columns. The building also has extensive patio and balcony areas where cameras and lighting equipment pointing toward the interior have already been set up. When you see this building in Iron Man 3, just remember you saw it on Comicbook.com first. Keep checking back this week as we hope to have more photos and information soon from the Iron Man 3 set. Iron Man 3 is scheduled to open in theaters on May 3, 2013. 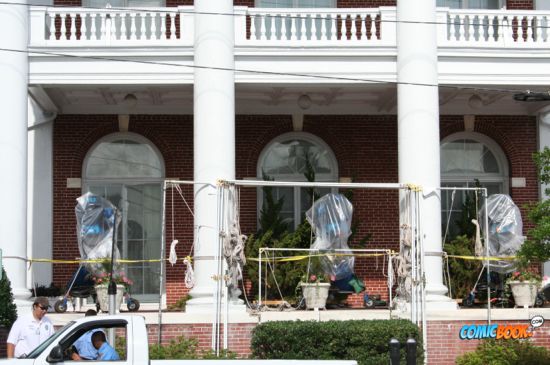 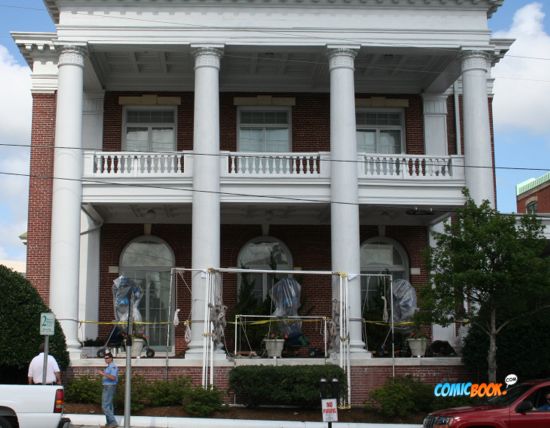 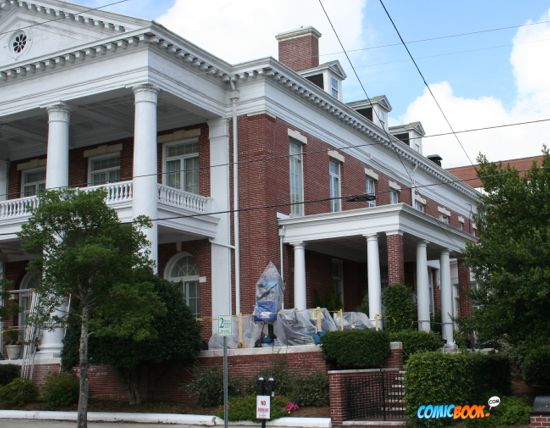