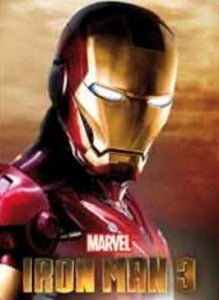 The San Diego Comic-Con International's famed Hall H will be hopping on Saturday, July 14, when Iron Man 3, Man of Steel, The Hobbit and more will descend on the convention center, according to newly released information about the day's panels. While everyone is anticipating the Iron Man 3 panel, where Marvel is likely to announce at least one of their upcoming films (probably Guardians of the Galaxy, maybe even Ant Man), that one (which features "special guests" yet to be named) will come an hour after Warner Brothers' and Legendary Pictures' panel wraps up. Whoever's there, Marvel Studios' Kevin Feige will be the emcee for the evening and will be there to keep anyone from giving too much information away. The WB/Legendary panel, which runs three hours long from 2 p.m. to 5 p.m., will have a ton of material to boast this year. Man of Steel and The Hobbit: An Unexpected Journey are there, joined by Guillermo del Toro's Pacific Rim as well as (probably) some information on Legendary's rumored Godzilla remake and maybe something about their Mass Effect movie. There's no information yet as to who will attend the panel for Warner, although it's likely we'll get a couple of the actors from The Hobbit and hopefully even a few Man of Steel vets as well. Given how much he's enjoyed it in the past, it's unlikely that Man of Steel (and Watchmen and 300) director Zack Snyder will miss the show. 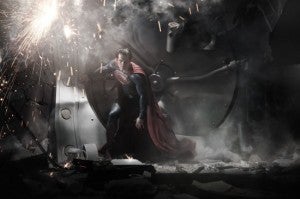 After Marvel's panel ends at 7 p.m., there's a 7:15 p.m. Q&A panel with Kevin Smith in the room to close out Saturday (although if it's anything like his live podcast at New York Comic Con, it'll probably start closer to 9 p.m.). Oh, yeah--and speaking of indie film icons from the '90s, superstar director Quentin Tarantino will bring his Django Unchained to Comic-Con this year, with an 11 a.m. panel in Hall H that will set the table for the rest of this day of movie mayhem. ComicBook.com will be there all day, and will be bringing you updates live from the show floor.