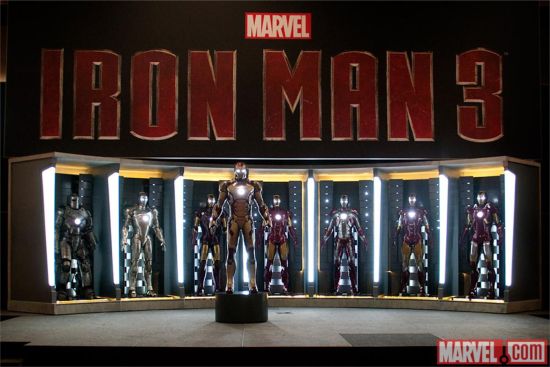 Marvel Entertainment has just revealed a brand new set of armor for Iron Man 3. The unveiling took place today at the Marvel Booth (#2329) at San Diego Comic-Con. The Marvel photos below show the next evolution of Tony Stark's signature armor. As you can see it has a very different look than most of the Iron Man armor that has been used in past Iron Man movies. As many had speculated from early promo images, the new Iron Man 3 armor really shows a lot more of the gold color than previous suits. Iron Man 3 is currently filming in North Carolina, and the film is set to be released in theaters on May 3, 2013.  Marvel Studios will also be holding an Iron Man 3 panel later today at Comic-Con with Producer Kevin Feige and special guests. We will have a live report from the panel which promises to provide an inside look at the ever-expanding Marvel Cinematic Universe. 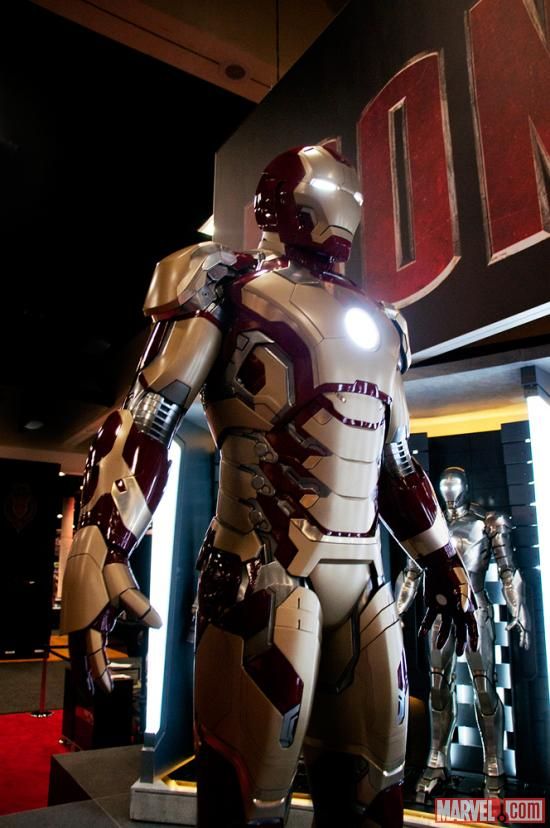 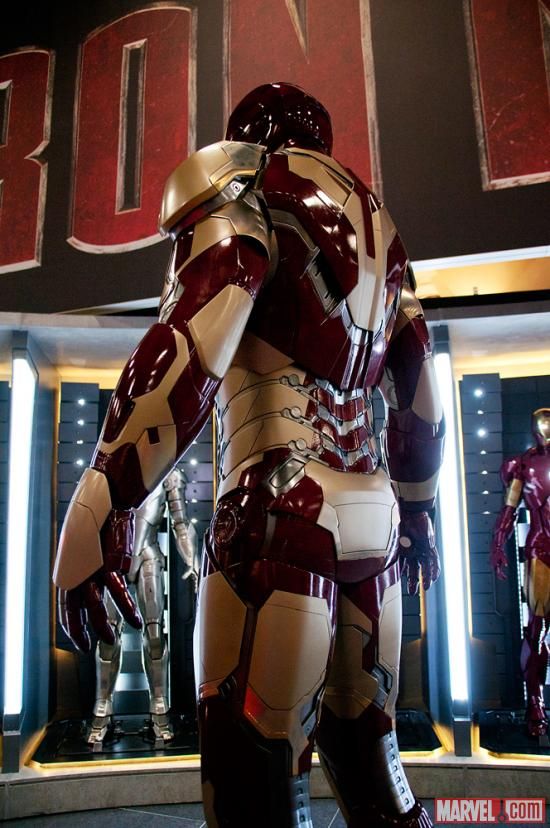