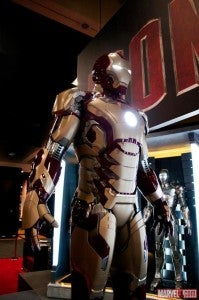 Iron Man 3 just might be the most anticipated movie of 2013, but not everybody is excited about it. The film has come under fire from organizations upset about the state tax incentives used to lure the production to North Carolina as well as organizations upset about part of the production being off-shored to China. The latest group to express their displeasure toward Iron Man 3 is the American Federation of Musicians. In an announcement on their website, the AFM called on their member musicians to form a picket line and hand out leaflets at the entrance of a Disney/Marvel Studios location shoot for Iron Man 3 on Friday, August 10, 2012. As for the reason why, the AFM stated they were upset because Marvel Entertainment takes millions in taxpayer film production incentive dollars but offshores their musical scores in foreign countries. In particular, the AFM cited The Avengers as being filmed stateside with $30 million in tax rebates, but then the film score was recorded in Europe. The AFM also notes that The Avengers has grossed $1.5 billion in worldwide box office and Disney has a reported net income of $4.8 billion on revenue of $40 billion. Marvel was acquired by Disney for $4.24 billion. According to a quote from AFM President Ray Hair, "Marvel lines its pockets with taxpayer money, taking care of everyone who works on their films, except musicians. Marvel's actions toward professional musicians are un-American and unfair and we want the world to know it." While the initial call to picket seemed to center on what happened with The Avengers and appeared to target Iron Man 3 just because it was also a Marvel Studios film, a subsequent post on the AFM Facebook page called out Iron Man 3 in specific, quoting Hair as saying, "The AFM-member orchestras in the state—the North Carolina Symphony and the Charlotte Symphony Orchestra—could use the work. Marvel is taking tax incentive money that could have been used to hire musicians right here in North Carolina." 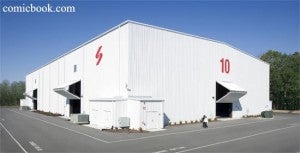 According to the same AFM Facebook post, Hair and a dozen other AFM members participated in the picketing on Friday, which occurred outside of Screen Gems Studios in Wilmington. They handed out pamphlets which contained information about how the film company was taking North Carolina tax breaks, but shipping work for musicians overseas. WECT in Wilmington covered the picketing and photographed a protester holding a sign with a picture of Captain America with the slogan "Truth, justice, and the AFM way." A post about the protest on the AFL-CIO website also showed a Captain America image and asked "Doesn't Marvel believe in truth, justice and the American way? Oops, wrong superhero." Of course, the "truth, justice and the American way" line actually goes with Superman, who is owned by Marvel's competitor DC Entertainment.