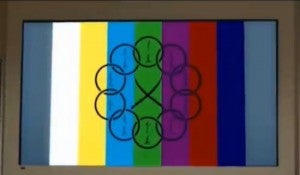 We're going to provide the answer to one of the biggest questions several fans had after watching Iron Man 3. In answering this question, we're going to mention some spoilers, so don't look if you haven't seen the movie yet. In Iron Man 3, Ben Kingsley's character is not really the Mandarin. He's just an actor named Trevor Slattery hired to play the Mandarin. The real Mandarin is actually Guy Pearce's character Aldrich Killian. Of course, the symbols of the Ten Rings organization are used by the Mandarin, which was a terrorist group in the first Iron Man movie. So how were the fake Mandarin and Aldrich Killian tied into the Ten Rings organization? Was Aldrich Killian running Ten Rings or did he just use their symbols as part of his scheme? Well, Iron Man 3 writer Drew Pearce has provided the answer to that question via Twitter. When asked how the Ten Rings fit into Iron Man 3, Drew Pearce responded, "As far as I'm concerned: real terrorist group. Current status unknown. Co-opted by Killian's think tank as Mandarin material." So there you go, Aldrich Killian wasn't running or part of Ten Rings. He just used their symbols as part of creating the Mandarin character, similar to how the Captain America anarchy tattoo was used on the back of the fake Mandarin's neck.

Iron Man 3: The Answer To The Ten Rings Question

Halloween Kills: Why Kyle Richards Is More Scared as an Adult

Here's How Halloween Kills Fits Into the Michael Myers Timeline