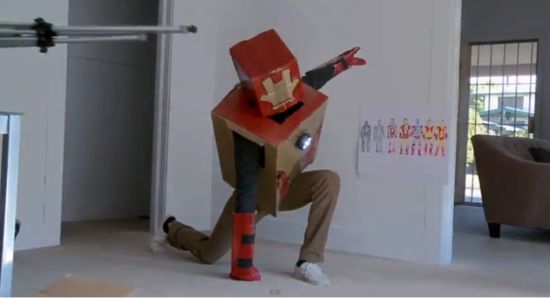 Just as Comicbook.com predicted the Iron Man 3 trailer parody videos have started arriving. How can people not poke a little fun at a movie trailer that includes a giant stuffed bunny and a dunce-cap wearing robot? Last week, we shared with you the Iron Man 3 literal trailer which was also a musical. This week, the Iron Man 3 trailer gets sweded. What is sweded? It's basically a shot for shot, low budget remake. The Iron Man 3 sweded trailer was uploaded to YouTube by Dumb Drum, which is the same group responsible for sweding The Dark Knight Rises and The Avengers trailers. Iron Man 3 is scheduled to be released in theaters on May 3, 2013.