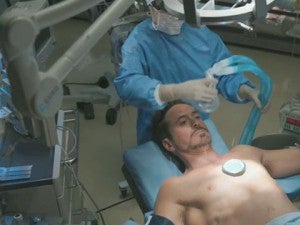 Despite earlier plans to release Iron Man 3 in China on the same day as its American release, Marvel Studios announced today that the film will open two days earlier to cash in on the May Day holiday. While American fans will see Iron Man 3 on May 3--that's next Friday--Chinese audiences will get a Wednesday release, in the hopes of bringing in holiday audiences. The Chinese release is particularly notable, since the film was so dramatically recut for the Chinese censors that they ultimately decided to simply create a "Chinese version" of the movie. The character of The Mandarin is reportedly almost completely removed from the film--which of course should have a profound effect on the story, since he's been promoted in the advertising campaign as the movie's central threat. It's widely expected that the Chinese cut of the movie will become an instant must-have for Marvel fans when the DVD is released.