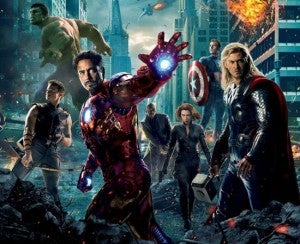 Last year, Disney officially announced the release date of the Avengers sequel as being May 1, 2015. Marvel Studios has done quite well with movies released in May, so it makes sense that they would continue to target that month. However, a number of things have happened since Disney's initial announcement. Disney has also announced that Pirates Of Caribbean 5 and Star Wars Episode 7 will be released in the summer of 2015, setting up what would be a dominating summer for Disney. While Pirates Of Caribbean 5 has been announced as having a July 10, 2015 release date, there has been no exact date announced for Star Wars Episode 7. Traditionally, Star Wars movies have been released in May, but with Avengers 2 already scheduled for May, Disney probably wouldn't want to risk taking screens away early from Avengers 2 by releasing Star Wars Episode 7 in the same month. Another event that has transpired that might be even more problematic for the Avengers 2 keeping its May release date involves Robert Downey Jr.'s contract negotiations. When Variety reported on the contract standoff between Robert Downey Jr. and Marvel Studios earlier this month, they noted in regards to Avengers 2, " Marvel hopes to start production next year for a Dec. 2015 release." With all the previous reports indicating a May 1, 2015 release date, Variety's report seems to be the first indication that Disney might have a back-up plan for releasing Avengers 2 a little later if Robert Downey Jr.'s contract negotiations go on for longer than expected. Moving Avengers 2 back until December 2015 would also solve the problem of how to release Star Wars Episode 7 during the traditional month of May without cutting into the Avengers 2 box office run. Of course, it's also possible that Variety just made a typo or got the date wrong. Even it the December 2015 date report was just a mistake, it's probably not unreasonable to assume that an extended Robert Downey Jr. contract negotiation could lead to an Avengers 2 release date change.