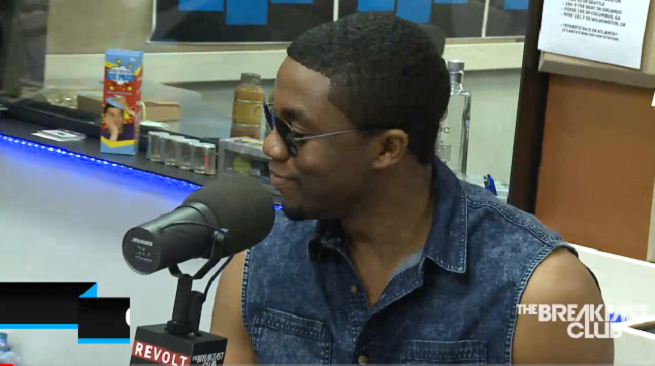 Chadwick Boseman, who plays Soul legend James Brown in this weekend's second-biggest new-release movie Get on Up, might be getting his box-office butt kicked by Marvel Studios this weekend but the way he conducted himself during a morning show interview has audiences thinking he might he poised to join them soon.

Appearing on The Breakfast Club, Boseman was cornered about the prospect of playing Marvel's Black Panther, a character widely rumored to have his own movie in the works and who may even make a cameo appearance in Avengers: Age of Ultron, since he's the ruler of an African nation that, among other things, exports Vibranium, the fictional Marvel Universe alloy of which Captain America's shield is largely made.

A shattered Captain America shield at Comic Con, an army of robotic villains and a South African shoot for part of the film have fans wondering whether we might see T'Challa and his nation of Wakanda in the massive super-sequel.

You can check out what Boseman has to say about it below:

In case the video player didn't work in your region or you just missed it, he declined to say very much on the question of Black Panther.

"Ahhh, I don't know anything about that," he said, visibly changing his posture and giving the impression that he was being less-than-forthcoming. "Until the contract is signed, I don't know."

Of course, we've seen some actors -- like Ant-Man's Paul Rudd -- respond this way to rumors that turned out to be true, others respond similarly to false rumors in the hopes of ending up on somebody's radar and everything in between. Still, the persistent rumors that the film is in development, a half-dozen as-yet-unclaimed Marvel Studios release dates coming soon and this interview all point toward a real possibility this particuar rumor could pan out.

Is Chadwick Boseman In Contract Talks To Play Black Panther?