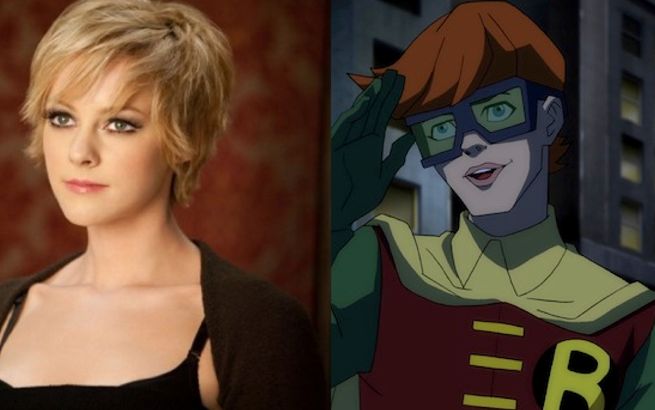 Here's a rumor that surfaced, went away, but now appears to have returned. Back in August, The Hunger Games actress Jena Malone was spotted on the set of Batman V. Superman: Dawn of Justice. Of course, her sighting on the set started immediate rumors that she could have a part in the movie.

However, she was only seen on the set for a brief period of time, and she reportedly played it off as just a set visit. Malone appeared in Sucker Punch, which Zack Snyder also directed, so it wouldn't be outside the realm of possibility that she was just chatting with an old friend.

Even though Malone hasn't been spotted back on the set, the rumors have caught fire again, because Malone recently dyed her hair red. Malone posted a picture of her new red hair on Instagram, along with the text, "Drastic times call for drastic measures."
Since Malone has already completed filming for The Hunger Games: Mockingjay – Part 2, fans have been speculating that she dyed her hair for a new role.

Could it be that Malone was discussing a part when she visited Snyder on the set, but she didn't need to dye her hair until it got closer to filming time for her part? That's what some fans are speculating.