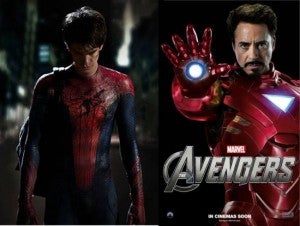 So a new rumor is starting to spread around the Internet that Spider-Man could be heading back to Marvel Studios. The source of the rumor appears to be a report on The Register, which suggests that Sony's board is considering breaking up with Spider-Man. Of course, if Sony were to decide to part with Spider-Man, the most likely suitor would be Disney/Marvel Studios, who would likely love to have the movie rights back to their most well-known character. According to the report, Sony's biggest shareholder Daniel Loeb and his hedge fund Third Point have delivered a letter to Sony bosses outlining a bold plan, which includes some changes for the entertainment division. However, when we read the letter that is printed in the Financial Times, we don't see anything that indicates that the Spider-Man movie rights are up for sale. Instead the letter seems to be proposing that Sony sell off part of Sony Entertainment in the form of subscription right to existing shareholders, as a means of raising additional liquidity. While Sony would be partially spinning off its entertainment division, it would still maintain majority control. Of course, there's always the possibility that there are other options being considered by Sony, but it just doesn't appear as if the letter referenced is suggesting the outright sale of the Spider-Man franchise. In fact, it would probably be very difficult to raise additional money through the Sony entertainment division as suggested if Sony didn't have the Spider-Man rights. So as much as it's a fun theory for fans to consider that Spider-Man might head back to Marvel Studios, it doesn't appear as if that is likely anytime soon.

Is Spider-Man Heading Back To Marvel Studios? Not So Fast...