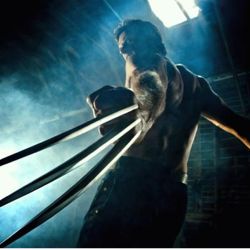 With a widely publicized pirating incident and a swine flu shutdown, many in the press are starting to wonder if the gods are conspiring against the new X-Men Origins: Wolverine movie. Well, the recent trouble with a mutant pig flu is just one of a long line of incidents that seem to indicate that X-Men Origins: Wolverine might indeed be cursed. Just take a look at this list of things that have haunted the release of the film. Legal Issues – Twentieth Century Fox, the studio behind X-Men Origins: Wolverine, got into a little bit of a legal tussle with Warner Bros. It wasn't over the Wolverine movie, but it was over another highly anticipated comic book movie known as The Watchmen. An unbelievable good trailer for The Watchmen movie had whipped fanboys into a frenzy, so when Twentieth Century Fox's lawsuit against Warner Bros. threatened to delay the premiere date of The Watchmen, some comic book fans threatened to show their displeasure by boycotting Twentieth Century Fox and not supporting the X-Men Origins: Wolverine movie. A Dark Knight Slight – Hugh Jackman finally got his dream job and was named host of the Academy Awards. And with The Dark Knight gaining momentum as a best picture nominee, the timing couldn't have been more perfect for Jackman. A Dark Knight Best Picture nomination would mean millions of fanboys tuning in and the perfect opportunity to lay the groundwork for Jackman's Wolverine movie. Unfortunately, the Academy members decided to slight The Dark Knight in the Best Picture category, and instead of happy fanboys, Jackman got angry fanboys just watching for Heath Ledger's category and then tuning out. Friggin' Pirates – In what will likely go down as the biggest movie pirating ever, an early copy of X-Men Origins: Wolverine was leaked online. Worst of all, the copy was a version without special effects and was met with some negative reviews. Except of course from a Fox News columnist, who gave a rave review, and then subsequently wound up losing his job over reviewing a pirated copy of the film. A Potential Pandemic – The weather's finally turning warm, and suddenly a potential flu pandemic rises out of nowhere. While the Mexican premiere cancellation due to swine flu will likely not have a large impact on the International box office, there are more and more reports of swine flu popping up in the United States. If people in large U.S. states like New York and California, where swine flu cases have been reported, decide to stay home this weekend, then it could have a huge impact on the U.S. opening weekend box office.