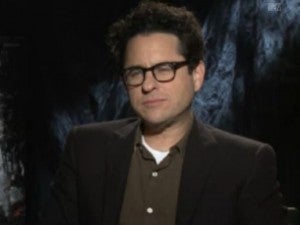 In one of those quotes that's likely to follow him around for years to come, Star Trek Into Darkness director J.J. Abrams has apologized for the overuse of lens flare in his films, saying that he couldn't deny it when watching footage from Star Trek Into Darkness during editing. "I know I get a lot of grief for that," Abrams said. "But I'll tell you, there are times when I'm working on a shot, I think, 'Oh this would be really cool ... with a lens flare.' But I know it's too much, and I apologize. I'm so aware of it now. I was showing my wife an early cut of Star Trek Into Darkness and there was this one scene where she was literally like, 'I just can't see what's going on. I don't understand what that is.' I was like, 'Yeah, I went too nuts on this.'" You can see the full interview with Crave Online below, in which he talks about using the visual effects team to try and remove the lens flare from shots (it's a technique you use in the camera). That's such a momentous moment in Abrams history that it detracts a bit from his next statement--that CBS isn't interested in a Star Trek TV series right now, which seemingly contradicts the popular theory that it's Abrams who's been standing in the way of getting ancillary material made.