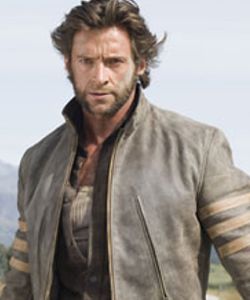 In a recent USA Today article, Australian actor Hugh Jackman discussed the training routine he underwent to play the lead role in the upcoming Wolverine movie. Not only did the actor have to bulk up for the role of the mutant Wolverine, Jackman also had to prepare himself mentally to be a rough and tumble Canadian with anger issues. In order to bulk up for the role, Jackman had to force himself to eat at least every 3 hours. That meant lots of late night snacks. The role also called for Jackman, who is over 6 feet tall, to shrink himself down to Wolverine's 5 ft. 3in. frame as he appears in the pages of X-Men. To achieve the mutant's stocky frame, Jackman had to spread his legs wide apart and slouch. The hardest attribute for Jackman to emulate was Wolverine's hard core attitude and his bouts of berserker rage. "It took him a while to find the rage that Wolverine has," Shuler Donner, producer of all the X-Men films, told USA Today. "That's just not Hugh. I know it's clich d, but he's a genuinely nice guy, and finding that rage isn't easy. He's found it now, because he's worked so hard on that character." Jackman eventually practiced at being the kind of guy you don't want to mess with, then he later called for his portrayal of the superhero to get even more hardcore. "He's a dark guy, a badass who does some questionable things," Jackman says. "I felt like we really hadn't tapped into the anger that he has in the comic books." Jackman then went on to promise fans that X-Men Origins: Wolverine will have a much darker tone than the previous three X-Men films. USA Today went on to liken the film to "The Dark Knight with cutlery." Despite the enormous amounts of training Jackman has undergone to perfect the role of everyone's favorite mutant, the actor confesses that he wouldn't change a thing. "I would not be here if it weren't for Wolverine," the actor told reporters last week as he added his handprints to the legendary sidewalk in front of Grauman's Chinese Theatre. X-Men Origins: Wolverine will debut in theatres on May 1st.