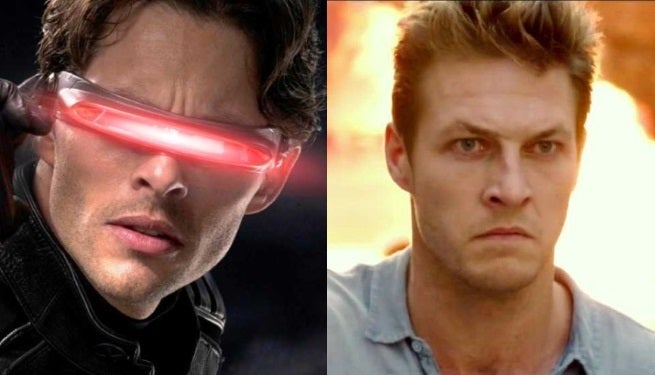 There has been some talk about recasting characters from the original X-Men film trilogy for X-Men: Apocalypse, under the assumption that younger versions of character like Cyclops, Storm and Jean Grey would be making an appearance.

Simon Kinberg has discussed how difficult recasting would be, but James Marsden, who played Cyclops in the original trilogy, has made a suggestion about who could play a younger version of the character: his The Best of Me co-star, Luke Bracey.

"Yeah, that'd be great [if Luke Bracey took over as Cyclops]," Marsden explain to Yahoo, "Then he could just eventually take over being me. Then I would never get another role as long as I live!"

Of course, Marsden is likely making a joke off of the fact that Bracey plays a younger version of Marsden's character, Dawson Cole, in The Best of Me.

Marsden, who made a cameo appearance as Cylops in in X-Men: Days of Future Past, suggested that there's always the possibility that he'll be back for another X-Men movie.

"Who knows what's happening [with 'X-Men']? It's all just speculation at this point. If [recasting] does happen, it was because of a timeline issue. I know so little about that whole world," Marsden said. "Most of the time, the actors are the last to know."