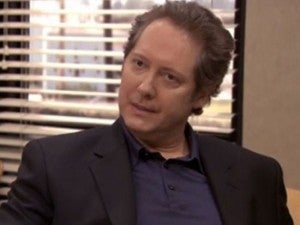 On Thursday, Marvel announced that James Spader will be playing Ultron in The Avengers: Age Of Ultron, and for the most part, people seemed to be OK with it. Last week, when Ben Affleck was announced as Batman, people freaked out and started petitions. Much of the concern over Ben Affleck as Batman dealt with his early acting career. If you look at James Spader's early acting career, it's surprising that his casting didn't generate similar outrage from fanboys. Spader appeared in such teen coming of age movies as Pretty In Pink, Mannequin, and Less Than Zero. How can fanboys be OK with anyone who appeared in Pretty In Pink playing one of Marvel's most feared villains? Well, James Spader's most recent roles probably eliminated a lot of apprehension. He has won acclaim for his roles in the movie Lincoln as well as the TV series Boston Legal and The Practice. Of course, a similar argument could be made for Ben Affleck, as his recent roles in The Town and Argo have been met with pretty much universal approval. Why then is pretty much everyone willing to accept James Spader as Ultron, but Ben Affleck as Batman seems to have created division across the country? Well, a big part of the reason is probably Batman's popularity as a character in comparison to Ultron. When it comes to Batman, many people have grown up watching him at the movies, and they have very clear expectations for the character. In the case of Ultron, the character is making his first appearance on the big screen, so most have no pre-conceived expectations. Also, most are assuming that James Spader is doing the voice only for Ultron, since the character will likely be a CGI robot. With Spader just doing the voice work, it alleviates any concern that he might not look or act the part. Marvel seemed to be ready for there to be a big debate over the James Spader casting, even preparing the video below to ask fans what they thought. In fact, Marvel might have been hoping for a little more debate, because the Affleck casting created enormous publicity for the Batman Vs. Superman movie.

James Spader As Ultron: Where Is The Outrage?