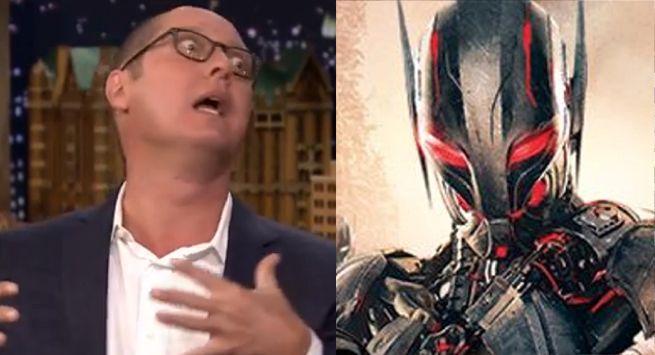 In an appearance on Friday night's Tonight Show Starring Jimmy Fallon, James Spader briefly talked about Avengers: Age of Ultron and revealed that San Diego Comic-Con made quite the impression on him.

"I'm Ultron, eight-foot robot," said Spader. "We finished the season of Blacklist, and two days later I got on a plane and flew to London to shoot the Avengers. And then right after that came back here to New York and flew immediately to Comic-Con. And then flew back from Comic-Con to start shooting the second season of Blacklist."

Spader added, "But Comic-Con is the most insane…have any of you ever been to Comic-Con? [Several audience members applaud] Oh, my god, you brave, brave souls. It is crazy. I mean life really can't get strange enough for me, but I mean it's the craziest place I have ever been."

After comparing attending a live concert to an orgasmic experience, Spader explained how Comic-Con is different.

"But Comic-Con it's all anticipation. They're not getting a performance in any way, shape or form. It's a tease, because it's all anticipatory. It's like foreplay for hours and days. It's three days of foreplay. But what you don't realize, it's not like at the end of the three days you get that, it's going to happen. They're anticipating an event that's not going to happen for six months or a year," said Spader.