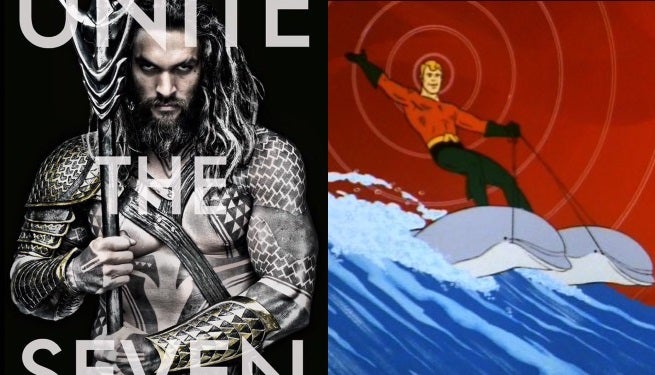 Jason Mamoa, the actor who will portray Aquaman in Warner Bros. burgeoning DC Comics Cinematic Universe, recently spoke a bit about his feelings towards the role.

"You know, I don't know what it's going to be like yet," Mamoa tells USA Today, after jokingly delivering a few cheesy lines as the character. "I'm in for the long haul. It's an honor. Zack, he had me at hello."

Mamoa goes onto to say that, while much of it hasn't been written into a script yet, he's very excited about Snyder's ideas for the characters. Additionally, he looks forward to playing a character that his children will actually be allowed to see, if they're not bored with superheroes by the time the movies release.

Mamoa will debut as Aquaman in Batman v. Superman: Dawn of Justice, releasing in theaters March 25, 2016.

Jason Momoa Says It's An Honor To Play Aquaman