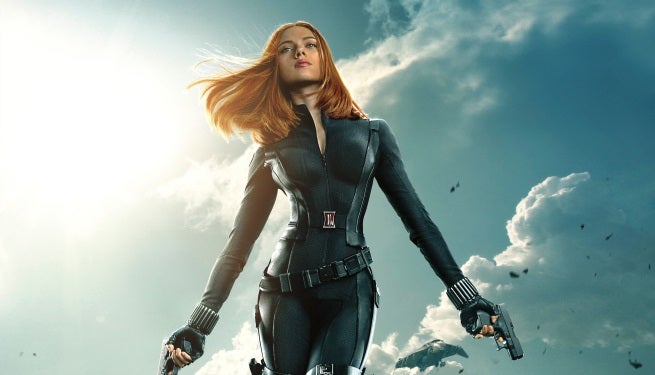 "Where is the Scarlett Johansson superhero movie? I don't understand it, why is it taking so long for this?"

Though The Wrap were ostensibly interviewing Jessica Chastain and not the other way around, this rhetorical poser is the best point in their whole piece. She's obviously onto something.

Of course, a pedant might argue that we've just had a Scarlett Johansson superhero movie, in the form of Luc Besson's extraordinary Lucy. Follow through, though, and this only makes Chastain's aim more obviously on-target. Lucy was a considerable hit, topping the international box office just this last weekend and bagging way over $100 million during its US run.

So why haven't Marvel given us a Captain Marvel picture, or She Hulk, or - to speak directly to Chastain's question - something with Black Widow right at the centre?

As a sidebar, it's worth noting that Chastain almost played Maya Hansen in Iron Man 3 before "scheduling conflicts" saw her cede the role to Rebecca Hall.

Now, Warner Bros. are finally moving forward with a cinematic Wonder Woman, giving her a much-delayed big screen presence in the upcoming Dawn of Justice, with both Justice League and a solo movie on the cards for not long afterwards. In just the last decade, though, a total of four high profile Wonder Woman film and TV projects have floundered completely. That's just this last decade - ie. during the 21st Century. This moment in time where we're all pretending to be enlightened and open minded.

Sony have a female-led spin-off from Spider-Man in the works, Captain Marvel has been cast at Marvel - I promise, she has, and they've almost certainly filmed something with her for Age of Ultron too - and Jessica Chastain isn't the only one asking where these movies are, so there's progress. Too little, too late, but all in the right direction.

And, you know, the questions shouldn't stop there. Not at all. Superheroes are so often about taking "the normal" and empowering it. Why does "the normal" always seem to mean white men?

Lucy is still in cinemas across the US and UK now.