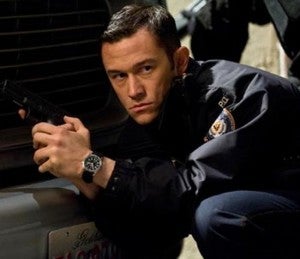 Even though some sites are just now reporting that Joseph Gordon-Levitt will play Batman in the Justice League movie, the red-hot rumor has apparently already been debunked. In an article that has not garnered nearly the attention of the original rumor article, Hollywood.com is reporting that Gordon-Levitt's reps "have refuted the rumor entirely." While the rumor seemed hard to believe right from the start, it spread quickly online because it came from HitFix, which is a movie site that has a reputation for accuracy. Of course, just because the rumor has been refuted doesn't conclusively mean it's not true. Awhile back a rumor surfaced that Mark Wahlberg would be cast in Transformers 4, which was refuted by director Michael Bay. Later, Mark Wahlberg was actually cast in Transformers 4 with Michael Bay claiming the Internet gave him the idea. We could always hear from Joseph Gordon-Levitt's reps later that the Internet gave Warner Bros. the idea to cast him as Batman. It's also interesting to note that despite how widely the rumor has spread about Joseph Gordon-Levitt's playing  Batman in Justice League, the actor has yet to officially comment on the matter via his Twitter account, which seems to be the new preferred method for celebrities to deny rumors. Even after denying the rumor, Hollywood.com goes on to speculate about how it would make sense for Joseph Gordon-Levitt to take over the Batman role from a continuity perspective.