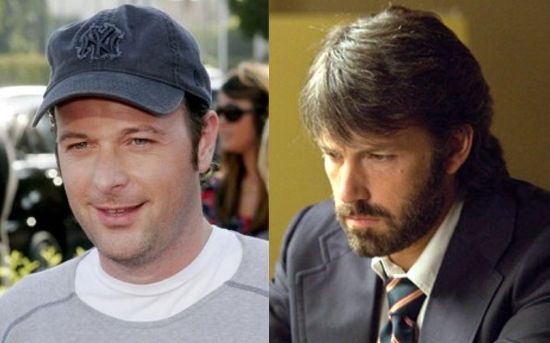 With J.J. Abrams landing the Star Wars Episode 7 directing job, the greatest director mystery of the century has been solved. So what 's everyone to do now that they can no longer speculate over who will be directing the next Star Wars movie? Well, it's time to refocus efforts on speculating over who will direct the next Justice League movie. Of course, there has already been some speculation over who will direct Justice League, and a number of directors are rumored to have passed on the project. But if J.J. Abrams taking over Star Wars has taught us anything, it's that just because a director says or pretends like he or she is not interested doesn't necessarily mean he or she is not interested. It's been widely rumored that Ben Affleck wasn't interested in Justice League because he prefers to stick with his smaller niche films over taking on a popcorn flick. However, if the reports that Ben Affleck was seriously under consideration for Star Wars are true, then it looks like Affleck doesn't have an aversion to summer blockbuster movies. In fact, maybe he was putting off Justice League to see if he would land the Star Wars gig. The other director name that came up a lot in connection with Star Wars Episode 7 was Matthew Vaughn. In fact, some at least seem to believe that if J.J. Abrams hadn't changed his mind, then Star Wars would have gone to Matthew Vaughn. According to reports, Vaughn was serious enough about the job that he was already making casting suggestions. We also have to wonder if part of Vaughn's decision to turn X-Men: Days of Future Past over to Bryan Singer was to make himself more available for Star Wars. If Vaughn did give up the X-Men for Star Wars, then he might have jilted director feelings and be looking for a new blockbuster gig. And it just so happens the biggest blockbuster on the table with no director attached happens to be Warner Bros. Justice League movie, which is rumored to be set for a 2015 release date just like Star Wars. Just think if Ben Affleck or Matthew Vaughn were to take on Justice League, and Justice League were to outperform Star Wars Episode 7 at the box office in 2015, talk about sweet revenge. Even though there's nothing concrete to tie Matthew Vaughn or Ben Affleck to Justice League yet, rumors and speculation are already churning via social media. Would you rather see Matthew Vaughn or Ben Affleck or neither in charge of a Justice League movie?

Super Bowl 2023 Commercials: Which Trailers to Expect During the Big Game